A few days ago, I decided to open up a Samsung Galaxy I was given by Samsung as part of a blogger’s campaign. As you probably know, I was not looking to begin using it as my primary device, since I love my Berry, but I figured I would see what all the hype was about. Well, after a few days, I can say that Google did a pretty decent job on their debut into the mobile world. The interface is attractive and relatively intuitive. The App Market is impressive, and the entire platform’s openness is praise worthy.

The Galaxy itself in also an impressive device with a 5mp camera, Wifi, GPS, a thin 11 mm body, a nice 3.2′ capacitive touch screen, and 8GB of onboard storage. However, the phone’s 528 MHz processor does not do the OS justice with common lagging and general sluggishness.  Another issue I have with the device is the lack of a second camera for video calling, but all this is dwarfed by the problems I have with the Android OS. 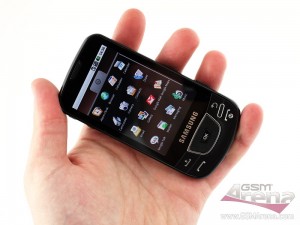 As much as I wanted to love the device and its OS, in its current state, I could not see myself using it as my primary mobile phone. Like I said, I am more than satisfied with my BlackBerry Bold, but if I was in the market for a new phone, I would not be looking in the direction of Android, at least not Android 1.0. The problems I had with the usability are too fundamental, and no app can solve them, no matter how hard they try. 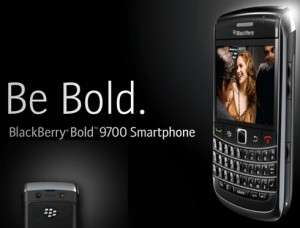 The following is a list of the issues I had with the Android OS, and the reasons I would get another BlackBerry or an iPhone over Android any day: 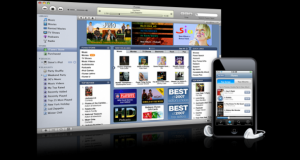 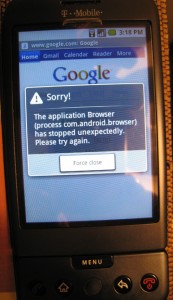 In conclusion, I have not heard any complaints about the Droid and Android 2.0, so I will give Google the benefit of the doubt and assume they fixed the above issues. However, if they did not and besides the physical keyboard on the Droid, all the other problems are still present, it will just strengthen my belief that Android will never produce the iPhone killer so many people believed that it would.

Please let me know what your experiences with Android have been in the comments.

17 thoughts on “5 Reasons Android is Not There Yet”