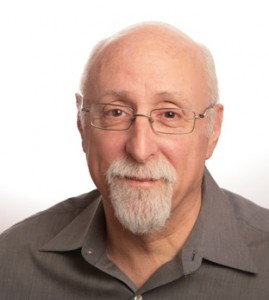 There are only a few people who I can honestly say inspired me to write this blog and take an interest in the world of technology. Walt Mossberg, the technology correspondent for The Wall Street Journal, is the head of the pack. He has been covering tech since before I even knew what a computer was and he is widely regarded as the father of the tech industry. Watching him laugh and joke with Steve Jobs in Apple’s keynotes was impressive enough, but his exclusive and informative reviews never cease to capture and amaze his wide audience.

Thanks to Twitter, I was fortunate enough to connect with one of his colleagues, Kara Swisher, who is quite the talented reporter herself, not to mention someone I can always depend on for a good laugh. Kara was nice enough to vouch for me and ask Walt to provide me with this interview, although truth be told, I have personally emailed Walt in the past and he was always very responsive. 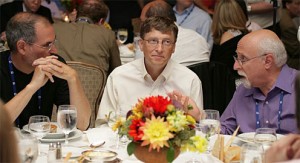 In any case, Walt definitely provided me with some great insights here as only a true tech expert can. I hope you enjoy the following interview, I know just receiving a response from Walt made my day, seeing his insightful answers made it all that much better.

1. When did technology first speak to you on a personal level?

I became hooked on computers around 1981. My first computer was a Timex Sinclair, which cost around $100, and had, as I recall, 2 KB of memory. I taught myself BASIC on this machine and then, a couple of years later, bought an Apple II, and then a DOS PC. In 1985 or so, I bought a Mac.

2. How did you end up as the tech reviewer for the WSJ?

In 1991, I was the WSJ’s National Security correspondent, after having held various beats in the Washington bureau for years. I was covering the end of the Cold War, the Gulf War, and other things. But I decided there was a need for a consumer-centric, plain-English column that would review tech products. I convinced the editors, and, by October of that year, my Personal Technology column was launched.

3. What was the most exciting tech product you ever reviewed and why?

A lot of them have been exciting, so it’s hard to say. Some examples include the Sony Vaio 505, Windows 95, the early ThinkPads and other small laptops, the first consumer digital cameras, the Palm Pilot, the early smart phones like the Palm Treo, IE and Netscape, various early web sites, the iMac, iPod, iPhone and iPad, Yahoo, Google, Android, and the Kindle.

4. What are some of the hottest trends in tech you think we will see in 2011?

More and better smartphones, lots of tablets, the rollout of 4G wireless networks, better and simpler mobile video calling, and internet on the TV — to name a few.

5. What kind of mobile phone do you use?

I obviously use them all as I test them, but my daily phone is an iPhone.

6. What do you think of Mac VS PC? Which do you prefer?

I have for years given a big edge to the Mac, mainly due to its better OS and built-in software, and to the fact that Mac users generally don’t have to bother with security software. Windows 7 has closed that gap considerably, making the OS choice essentially a tossup, and it has some strengths the Mac lacks. But I still give a narrower, but real, edge, to the Mac, mainly because of its built in apps, admirable hardware, and fewer security hassles. I use both platforms daily.

7. iPhone or Android: Which will own the future of the mobile industry?

Neither. There will be several big players when the smartphone wars settle down. I believe Apple and Android will be among them, but not alone.

8. Is BlackBerry dead with the new Torch or can they make a comeback?

The Torch and the new 6.0 OS are good products, regardless of the lack of excitement that seems to have greeted them. RIM has a large and loyal user base, despite some erosion. The company has interesting plans for the future. More changes will be needed, but, if they are made, I don’t believe RIM is in any way dead. It all depends on whether they can evolve the platform significantly enough to match Apple and Android, yet still retain the loyalty of their strong base.

9. What about the future of mobile apps? Native or Web?

I think both will thrive, but the app system, whether curated or not, is powerful and important.

10. What are your thoughts on Facebook Places? Will it kill Foursquare?

I have no idea.

Decide who your audience is — techies, average consumers, businesses, whatever — and be laser-focused on that audience. Be ethical: never accept money or free products from companies you cover, never own stock in them, but be fair to them. Test everything you review, never relying on demos and press releases. And have a thick skin.

Just a quick thank you to Walt for this opportunity, it is a huge honor!

You can see Walt’s famous review of the iPhone before it was on the market in the video below.