So I have been using Google’s Nexus 7 tablet (sent to me by Google) for a month now, and I figured that by now, I know the device well enough to formulate an opinion and share that opinion with you. But first, a little background. 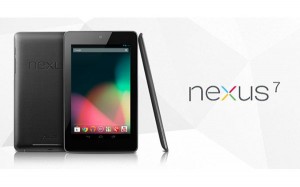 I have been using Android devices since pretty much the beginning, or at least since Android 1.6. Android to me always meant one thing, compromise. Yes, it was open sourced so companies like Samsung and HTC could make it their own. It was also a much more customizable OS than iOS, which also meant users could personalize their phones. But with all those capabilities came a user interface that lacked polish and was rough around the edges, if I am being gentle. What I really mean to say is that Android, starting from 1.5 and all the way to 3.0 and even 4.0 Ice Cream Sandwich was just not as comfortable as iOS. Period.

You want an example? Sure, i thought you’d never ask. I like to put my apps in alphabetical order. Don’t judge me, let me explain. I use a lot of apps, more than any one person should use. If I want to find an app on my phone, I can of course search for it, or if I know where it is, just slide to that home screen and tap it. But if there is no order in my apps, that is not a simple task. So I alphabetize them.

On iOS, that is a seamless and very quick process. I simply drag the app icon to its relevant place and the icon that is there shifts over to make room. On Android, if I wanted to take an icon from the bottom right of the screen and place it at the top left, that means dragging each and every app over to the right, one by one. Yes, this is a really small example that will not affect most normal people, but my point is that when it comes to doing the simplest things, iOS did it right, Android did it wrong, or didn’t do it at all. Until now.

Android 4.1 Jellybean, with what Google is calling Project Butter has officially closed that gap. It moves and responds as fast as iOS, and it includes all the little things that make a mobile OS intuitive. Yes, you can now drag an icon and the icon in place shifts. It still doesn’t work quite as perfectly as in iOS, but alphabetizing my apps no longer has to be accompanied by extreme frustration.

Now, here is the thing with the tablet market. It should be called the iPad market, as Apple pretty much owns this space. So pardon me while I address the question that you are thinking (yes, you are. Don’t deny it.) “How does the Nexus 7 compare to the iPad?”

Basically, I will put it this way. If I were buying a tablet today (this all might very well change next week if and when Apple announces its iPad Mini) and the Nexus and the iPad were the same price, it would be a difficult decision. Why? The iPad is a piece of art, it really is and the apps are still better on iOS but is the iPad really a portable device? Can you carry it around and type on it on-the-go? Not so sure. There are of course many other factors here and both devices have their pros and cons. But here is the thing. The Nexus 7 is HALF the price of the iPad!

What I am saying here is that for 90% of people, I would definitely tell them to get the Nexus 7 over the iPad. Here are the people who make up the 10%:

Listen, I have so much to say about the Nexus 7 but let’s be honest, you want the bottom line so I will give it to you. The Nexus 7 is a seriously fantastic device. Irrelevant of the laughable price, it provides a superior Web, pictures (viewing, not snapping), video, reading, social, and even typing experience. Comparing the Android of yesterday to Jellybean is like… Well, there is no comparing. 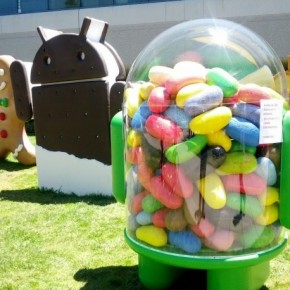 The build quality of the Nexus 7 is just right. It feels like the perfect combination of smooth and casual on the one hand, and solid and professional, on the other. Asus really did a fantastic job here. Then there is the price… $200?! Are you kidding me? Really, that is how I feel about the price. I would literally pay $400 for this thing without blinking an eye. In fact, the first thing I will do after returning this unit to Google is place my order for my own Nexus 7. I already ordered a case.

Holding the Nexus 7 in your hand while on the couch or walking is more comfortable than any 9.7″ device can ever be. By the way, I cannot compare it to the iPad without mentioning other Android tablets I have used, such as the new Note 10.1. Take everything I said about the iPad and multiply it. The Nexus 7 is the best Android tablet on the market by far, and again, at half the price. 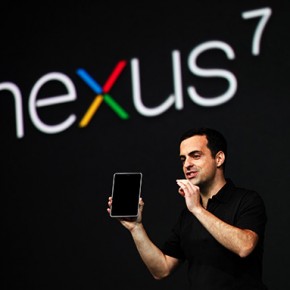 OK, here is the bottom line, if you are a normal consumer who wants to see what all the hype about tablets is, the Nexus 7 is your best friend. The best out of box experience without the annoyance of spending big money on a device  that, let’s be honest, no one really NEEDS.

By the way, enough has been said about Google Now and the other Jellybean goodies so I am not even going to mention them, but really, Android 4.1 is a polished, intuitive, and user-friendly platform and the Nexus 7 is the absolute perfect device to bring it to market.