It has been a while since I have last interviewed someone who inspired me. You see, I am a big believer in learning from amazing people and I decided long ago that interviewing some amazing folks would be the best way to accomplish that. Except how does a simple guy like myself get to interview legendary human beings like Woz, Marc Andreessen, and all the other epic people I’ve interviewed? Social media, of course. 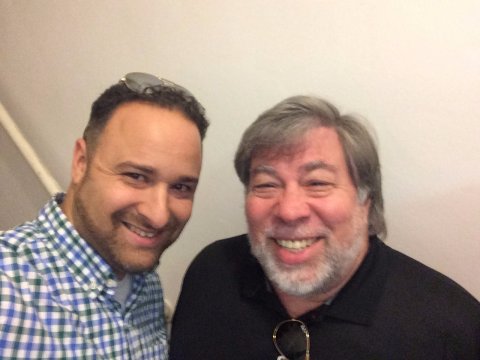 Well, this interview might top the list. Emmanuelle Chriqui, who I originally encountered in one of my favorite TV shows ever, Entourage, agreed to let me pick her brain. The thing is, Emmanuelle is much more than just a super talented actress, but I only discovered how inspirational she is from some of the answers she gave me in this interview.

Also, I might add, this interview is a bit different than previous ones. Almost all of my interviews involved tech personalities or celebrities who are super geeky. Emmanuelle, as you will see from her answers, is not. She uses a Galaxy S5 and has never used an iPhone, but hey, no one’s perfect, right? 🙂

Anyway, I wanted to interview Emmanuelle mainly because she really is such an inspiring human being and I hope the interview does her justice!

Gotta give a major shout out to my old friend Israel Schachter of CharityBids who introduced me to Emmanuelle and made this interview possible. 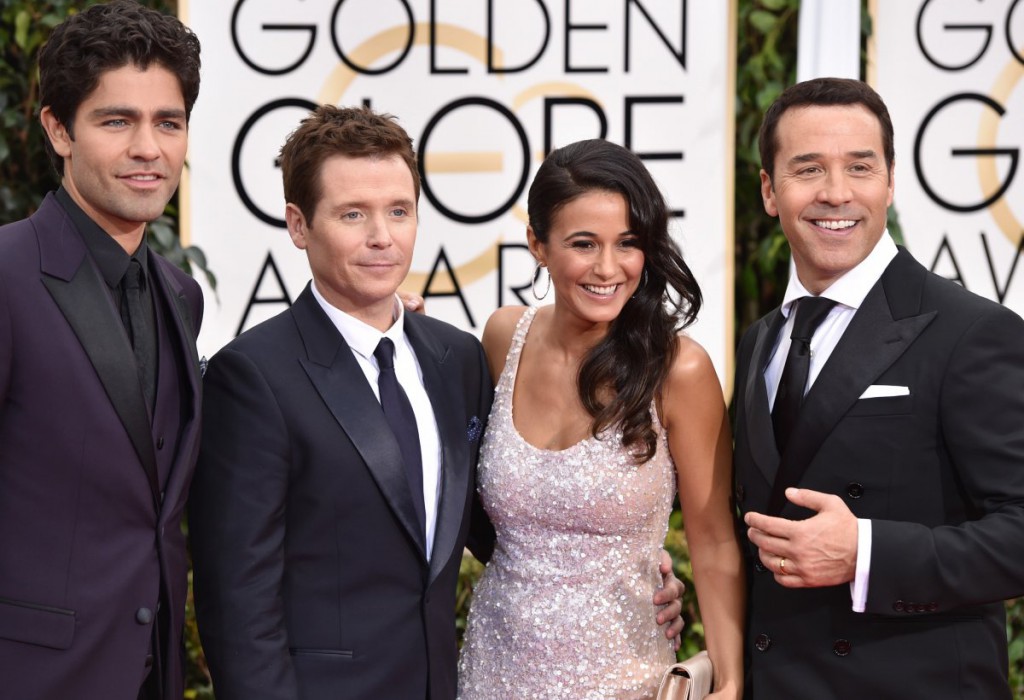 Anyway, what always amazes me when interviewing hot shot celebrities like Emmanuelle is that while you and I might view them as stars, they really are just normal down-to-earth people who are fundamentally the same as you and me. I don’t know if that sounds cliche to you but it always shocks me.

Ok, Ok, enough babble. You didn’t come here to hear me, so here are the questions I asked Emmanuelle followed by her answers!

1: Who is Emmanuelle Chriqui? Please give me your background, both personal and professional?

I am French Jewish Moroccan, daughter of Albert and Liliane , born in Montreal and raised in Toronto.  I started acting when I was 7 years old in the local community theatre, and when i was 16 i started working professional and kept at it ever since.  in my early twenties i relocated to Vancouver, New York, and finally in 2000 I landed in Los Angeles, which i have called home ever since. 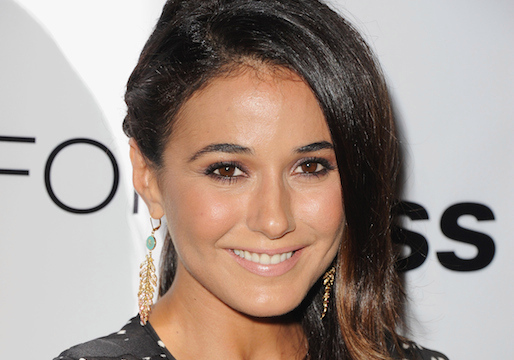 2: Let’s talk a little tech. What phone do you use daily and why?

I use the Samsung Galaxy 5.  It was gifted to me and I love it.  I never had an iphone so i have nothing to compare it to except older models of the samsung and older flip phones.  From where i am standing, it seems to do everything fellow iphone users do.  To be honest, i have never been overly inclined tech wise.  I was a really late bloomer.  I got a cell phone a good five years after everyone else, and an email account several years later as well.

4: You are quite prolific on social media. Huge on Twitter, Instagram, and other platforms. Talk to me about that. How do you use the different platforms and how important are they in your day-to-day activity?

Well social media has become a part of what we do.  As entertainers, its a means of promoting your film or television show.  As an activist, its a way of getting your voice heard and raising awareness.  To be totally honest, i have a love/hate relationship with the whole thing.  As an artist, it is difficult to shamelessly promote yourself.  To me it goes against what being an artist is all about.

Social media is about raising your numbers, so in turn, studios and endorsement agencies will be more inclined to hire you.  Its a full time job and not particularly fun.  I am much more humble and modest than my instagram portrays, but it has become part of the business i love so much.  you understand my love/hate?

Philanthropically speaking, it is absolutely brilliant.  You can raise awareness, read what people are saying and feeling, and have the power to have your voice heard and make a difference.

5: Now onto the important stuff. Besides being a seriously talented actress (I freakin LOVE Entourage), you are also quite the philanthropist. Tell me about that and some of the things you’ve done over the last decade.

Ha!  Thanks for the Entourage love.  You know, I often get asked, “If you could have another profession, what would it be?”  My answer is, lucky for me I get to do both, so there is no ‘if.’  I get to do both my passions: act and activism.  Giving back is simply part of the fabric of my being.  If i can help, then I want to.  The beauty is my first love, acting, is able to feed my second love, activism.  Its nice to be able to use my voice to affect positive change.  Over the past ten years I have been involved with: Colon Cancer Canada, The Environmental Media Association, Seeds of Peace, Raise Hope for Congo, Chai Lifeline, and most recently, I Am That Girl.  It has all been incredibly rewarding. 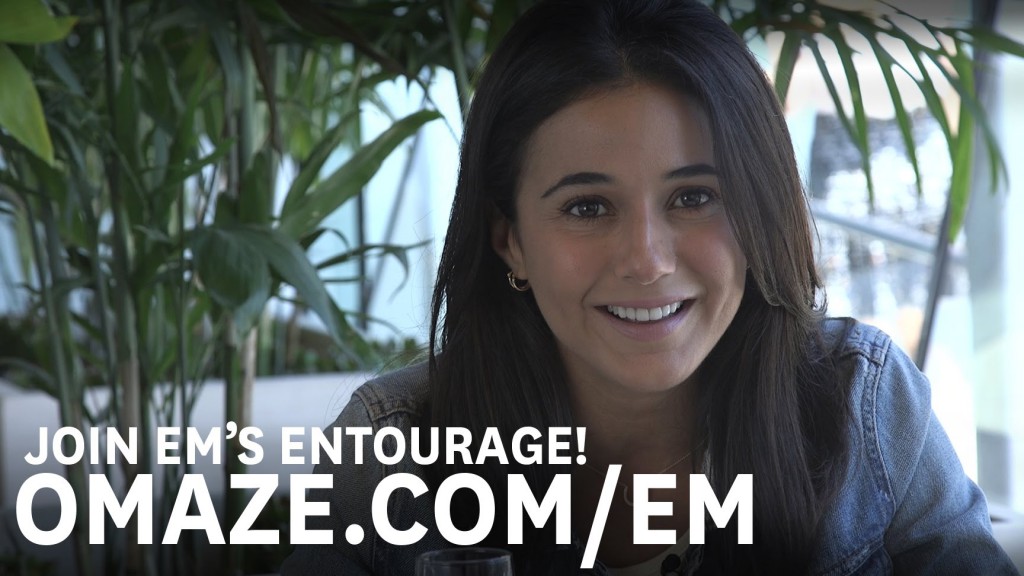 6: Raise Hope for Congo and the Omaze campaign seem to be your top priority. Tell me about that, how you started those campaigns, and your hopes for the future.

Yes thats true, over the last few years, I have aligned myself mostly with The Environmental Media Association, Raise Hope For Congo, and I Am That Girl.

I will always lend my name to something I am passionate about or touches me, but at the end of the day, I think it is important to pick a couple that resonate deeply.  That way you can give undivided attention to ultimately make a bigger impact.

Raise Hope for Congo was something I decided to get involved with several years ago with my dear friend and mentor John Prendergast.  He is an expert on all things Africa, and started and runs The Enough Project, who’s stated mission is to end genocide and crimes against humanity.  Raise Hope For Congo is a campaign of The Enough Project.  He sent me a documentary film called The Greatest Silence, that forever changed my world.  I learned that the Democratic Republic of Congo (DRC), was the most dangerous place in the world for a woman to exist.  They used rape as a weapon of warfare, and that is putting it mildly, all over a mineral war that we are all directly linked to.  These minerals are used in our jewelry, cell phones, computers, etc.

The women in this film express just wanting their voices to be heard.  They forgive the soldiers that have committed these heinous crimes, and they simply want the world to know what is happening over there, so that we can help change it.  Basically, I was watching this film on a plane, bawling my eyes out, both saddened and inspired by these women’s courage and wanting to help their voices be heard.

This maze initiative is something i decided to do earlier this year.  They are an incredible organization that helps charities by using the social media platform to raise awareness and funds.  This is the last week of my Omaze campaign, so please visit the site at www.omaze.com/em.  My next goal is to go visit the DRC.

7: Talk to me about Israel. Besides being Jewish and starring in You Don’t Mess with the Zohan :-), what is your connection to Israel, if any? Have you been? How do you view Israel’s role in the current global state of affairs? (Not necessarily political, but perhaps even historical as it pertains to the Jewish people).

I have a strong connection to Israel, as i have many friends and family living there.  I have been and it is nothing short of amazing.  The energy in Israel is confronting, some love it, and some hate it.  Perhaps the political state of the country has something to do with it.  Regardless, my experience with Israel was a great one, but not without many questions and confusion.

My trip to Israel made it abundantly clear to me that nothing is black and white, but all grey.  When people tell me they dream of visiting Israel, or that they love Israel, my heart swells, as I know it is such a special place that many people fear going to.  I want to go back again soon, its been to long.

As far as all issues and history is concerned, I am a new student gathering information.  I long to be able to have debates, and come from a strong place of knowledge.  So, to be continued… 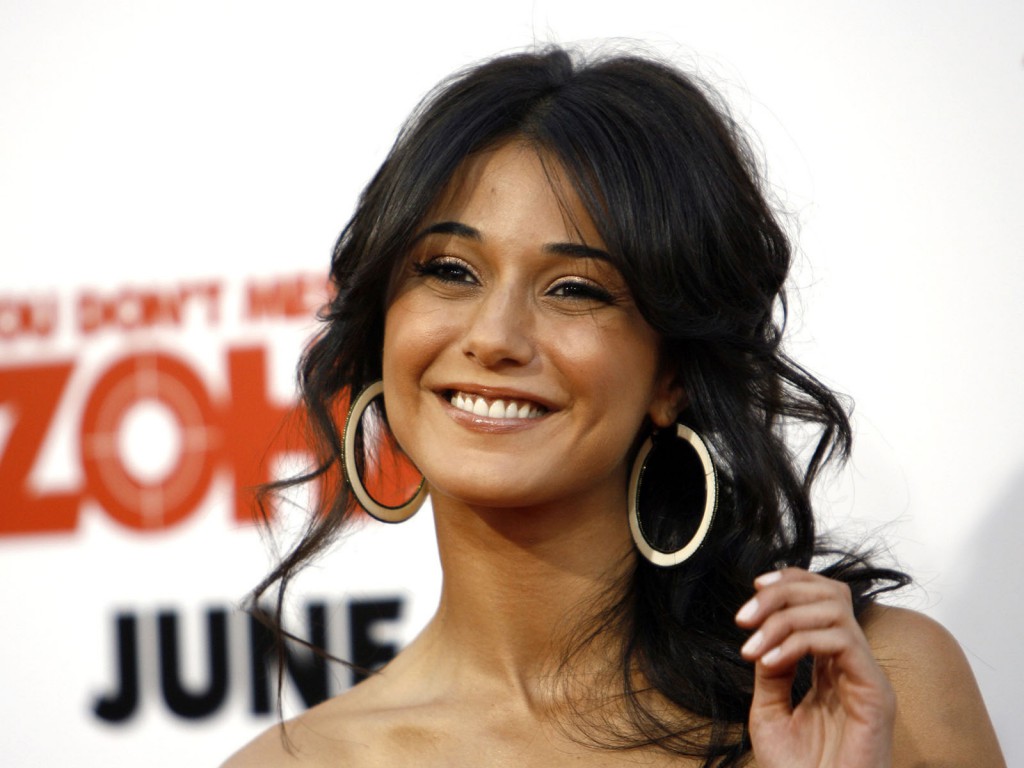 8: As mentioned, you do a lot of charity work. What are your thoughts on how technology will disrupt that world? For example, our mutual friend Israel, who introduced us, has used technology to do lots of good in the world of charity over the years through some of his platforms including @CharityBids. Any thoughts on that?

Well I kind of answered this in question 4, but in my experience, I see no disruption, just a bigger platform to affect change.

9: How about your thoughts on your acting career? Where do you see yourself in 5 years? Please say more Entourage 😉

Sadly I believe its a wrap on Entourage.  Its been one hell of a ride though- so it feels ok to move on from it.  Five years from now, I expect to be making incredible films, working with the most talented directors, writers, producers and talent.  I also want to be a producer on most things I choose to do, and I want to be several seasons into an Emmy award cable drama that I am the star of.  Oh, and I want to be making movies in Europe as well.  🙂 🙂 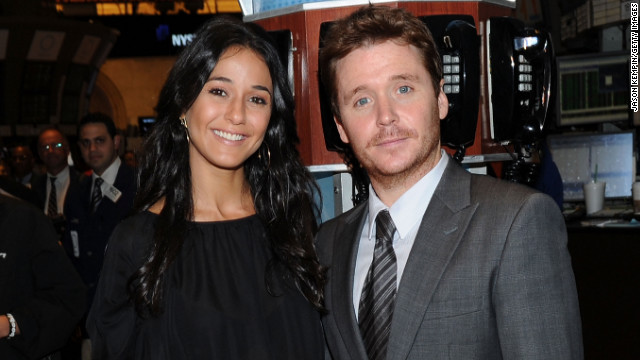 10: Tell me about the experience of making the Entourage movie. How it came to be and how it was received, etc?

Making the Entourage film was the perfect ending to an eight year chapter.  It was always a goal to make the movie, it just took slightly longer than we all expected, but the timing was perfect.  I think the film was well received, but most importantly, our incredible fans were happy- quite happy I think.  It was a thrill to get back together with my onscreen brothers, and director/creator Doug Ellin, and go on one final ride.  Entourage was a magical chapter for me, one I will always be grateful for.

11: The one thing you know now that you wish you knew 20 years ago.

I wish I knew how to truly love myself twenty years ago.  I am only just beginning to really learn how now, but I imagine that if I truly loved myself then, I would have put up with far less bs, and probably wouldn’t have stayed in relationships (professional and personal) that were not for my highest good.  I would have known that I deserve better.  At least I know it now. 🙂

That’s all, folks! Hope you enjoyed, I know I did. Thanks Emmanuelle for everything you do, humanity appreciates it!