There are many speculations regarding the cause of the recent global economic recession, but we all know the truth. It was the Angry Birds and their effect on the productivity of the work force. Angry Birds is a true mobile wonder with over 50 million downloads, 80% of users keeping the app installed, and as Peter Verterbacka, the “Mighty Eagle” of Rovio, makers of Angry Birds puts it, that number is without the holiday stats, which broke a record of a million downloads a day. 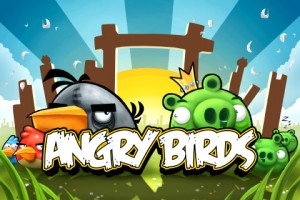 Another mind boggling statistic about Angry Birds, and you should sit down for this one, is that there are 200 million minutes played a day on a global scale. As Peter put it, that number compares favorably to anything, including prime time TV, which indicates that 2011 will be a big year in the shift of advertisers’ attention from TV to mobile. As a person who is starting a new position at Inneractive, a company that specializes in monetizing mobile apps using advertising, these predictions for 2011 put a smile on my face.

Finally, the Angry Birds recently participated in a peace treaty with the pigs on TV, a video which quickly experienced a viral explosion. You can watch that peace treaty video here. 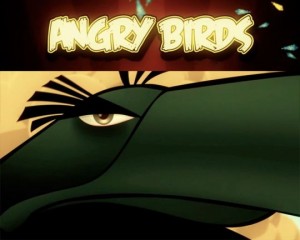 1. Please tell me about yourself, the team, and how the Angry Birds phenomenon (so much more than a single app) came to be.

“Angry Birds came to be by a very analytical approach. Rovio has been in the business of mobile games since 2003 and has made 50+ games before Angry Birds, most of them work for hire for people like EA, GameHouse, Nokia etc. So the team knows how to make games, for example Bounce for Nokia has been installed on 250M+ devices. The team that created Angry Birds was 12 people, now Rovio is 50 people, quite a change in 12 months.

Anyway, the game was built around the characters that Jaakko Iisalo, our game designer, came up with. The original idea was very different, but everybody loved the birds, so it was decided to build a game around the birds. Over the next 8 months Angry Birds became the game we know today. Hit the appstore Dec 2009, slow start, number one in Finland, then Sweden, number one in UK in April and then things really took off. Have been number one since in both UK and US. Number one in 77 countries. Number one longer than anybody else. 50M+ downloads across platforms.”

2. You must have had some serious experts in various fields on the team when creating Angry Birds. Please share with us the preparation that went into it.

“Everybody on the team has more than 5 years of game making experience, so yes, serious experts;-)”

3. I have tried your games on various platforms including Maemo (Bounce). How do you view the various mobile OSs in regard to the future of mobile technology? Which will prevail?

“Apple will be the number one platform for a long time from a developer perspective, they have gotten so many things right. And they know what they are doing and they call the shots. Android is growing, but it’s also growing complexity at the same time. Device fragmentation not the issue, but rather the fragmentation of the ecosystem. So many different shops, so many different models. The carriers messing with the experience again. Open but not really open, a very Google centric ecosystem. And paid content just doesn’t work on Android.

Besides Apple and Google, it will be interesting to see how long it will take for Nokia to get their act together. MeeGo is clearly the future there, remains to be seen how big and how soon. HP-Palm webOS is a really cool OS and has been a pleasure developing for that one, but the volume is irrelevant for the time being. Everything else is more or less “interesting” right now, ie no real business to be had, at least not yet.”

4. I have heard Angry Birds was the most sold app on the App Store until it was recently surpassed by Cut the Rope. Have you tried Cut the Rope? What did you think?

“Angry Birds has been outselling Cut the Rope all the time except for a brief period of 2 weeks during the launch of Cut the Rope. It’s a great game and it deserves all the success it has had. And the guys that developed Cut the Rope have a long experience in building games, they are not new to games either, so have that in common.

5. How do you explain the wild success of Angry Birds? Luck, good promotion by you, or does all the credit go to the birds and their addictive nature?

A combination of many things. Optimized for touch, great characters, everybody loves the birds. And we like to think that we know a thing or two about how to work together with our fans and community too, ie the future of marketing.” 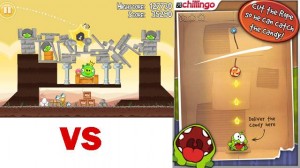 6. What are the most important steps a developer should take when creating a mobile app? Can you name the first five steps?

7. Your recent Android release was a huge success. Why did you choose Getjar over the Android Market and are you happy you did?

“We didn’t really pick one over the other, but we liked the attitude of the GetJar team, they really worked with us to make the launch a success and a big deal. Not just another game to them. We have been very happy with our results on Android and the fact that we decided to have a multiple storefront strategy. And most of all that we decided to go with a free, ad supported model. 15M+ downloads is a good start too.”

8. How important is the role of social media, specifically Twitter is the success of your apps and your company?

“It’s very important. For us twitter is a great way to keep our finger on the pulse, we very quickly know what our fans think about new features + our fans are great at alerting us about things. We hear about a lot of developments on twitter first. And in our business speed is of essence.”

9. Why did you decide to make the Android version free and is that going to change any time soon?

“Free is the way to go with Android. Nobody has been successful selling content on Android. We will offer a way to remove the ads by paying for the app, but we don’t expect that to be a huge revenue stream.”

10. What do you think of the whole Android fragmentation issue and Steve Jobs’ recent rant about Android (audio here)? Did you meet difficulties when developing for Android?

“Fragmentation on the device side is not a huge problem, but Steve is absolutely right when he says that there are more challenges for developers when working with Android. But that’s fine, developers will figure out how to work any given ecosystem and as long as it doesn’t cause physical pain, it’s ok;-) Nobody else will be able to build what Apple has built, there just isn’t that kind of market power out there.

That doesn’t mean that model is superior, it’s just important to understand that Apple is Apple and Google is Google. Different. And developers need to understand that. Different business models for different ecosystems. And wouldn’t forget about Nokia and MeeGo either, new leadership always tends to shake things up and create opportunity. And HP-Palm. And RIM. And even Microsoft. It’s a fragmented world.”

“Yes, toys are there and selling way over our expectations. We sold out immediately and have had big challenges keeping up. Really beefing up our capabilities there, the whole merchandizing business is a huge opportunity for us. We are not happy with our own customer support, that is one area that we are investing heavily into right now. We are not Zappos, but we are big on role models, so we want to become really good at this part of the business as well. We think we can do pretty amazing things when we integrate the merchandizing into our product development.

Making toys like we make games. Of course working with partners and people much smarter and more experienced than we are in the toy business, so we are learning fast. And hope we come up with some cool new ways of doing things. Toys are just the beginning, but we don’t want to rush too fast into stuff we are totally new too, so you will see a reasonably slow, steady stream of new products. And always expect the unexpected…” 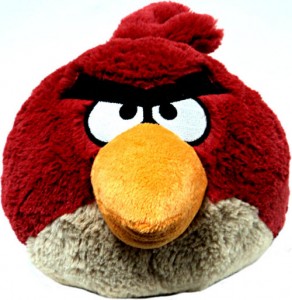 The following is a video of Peter’s interview with the mobile ads team over at Google, hope you enjoyed my interview, I definitely learned a lot…