Over the years, I have done quite a few killer interviews and I am very proud of the long list. Having said that, the opportunity to have interviewed Saul Singer is definitely at the top of my list. If you are not familiar (how are you not familiar?), Saul wrote the book “Startup Nation” along with his brother in law, Dan Senor.

Saul has been a journalist for many years, and has been a thought-leader to the Israeli tech scene through his global tours, speaking engagements, and contributions to leading and influential publications across the web and print. You can and should follow Saul on Twitter here, or join his Facebook community here. What is truly amazing about Saul’s work is that he coined the term “Startup Nation”, which we all use regularly and from which many organizations and initiatives began. Like Start-up Nation Central, to name one example.

But you didn’t come here to hear me talk, so let’s get right to it. Here are the questions I asked Saul along with his answers:

1: Who is Saul Singer? Please provide your background, both personal and professional and how you got to where you are today.

I worked for a while for different members of the US Congress, moved to Israel, and became an opinion editor and writer at a newspaper. In all my work, I have tried to dig into complicated and sometimes controversial things and cut through them in a way that helps me, and I hope others, understand and make decisions. It is all about sifting through sometimes conflicting stories and then telling your own version in a way that adds something useful to the conversation.

2: When did you decide to write the now world-famous book Startup Nation and what led to that decision?
One day, Dan Senor, who is my brother-in-law, called to ask whether anyone had written a book about Israel’s success in startups and high-tech. We both thought there must be one. We were surprised to find very little written about it in Hebrew or English. We thought it was a tremendous, largely untold, story. So we decided to write it.
It was risky, both because most books don’t do so well (like most startups) and because, as family, it might have been awkward if we weren’t able to write a book together. As it happened, we compliment each other so well that it is hard for me to imagine how other people manage to write books by themselves. The constant feedback loop was really important for both of us. 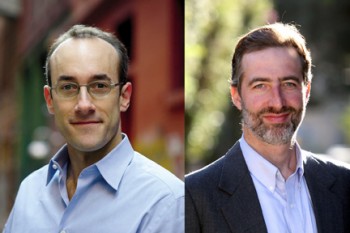 3: What was the most important thing you learned throughout the process, whether about yourself, the world of publishing, or about the startup nation itself.
The big surprise came soon after the book was published. All we had hoped for was that it hit the bestseller lists in the US. So we were happy when it did. But then something happened we hadn’t even imagined. Requests started coming in to translate the book into different languages. Bulgarian and Chinese were the first, I think. Then came Korean and Hebrew, and the main European languages, and Japanese. Now there are about 27 editions, including Mongolian, Latvian, Czech, Turkish, Vietnamese, Thai, and in a few months, Bahasa Indonesian.
4: How do you explain its global success?
As the book started coming out in different languages, I started following it around the world. I learned that there is growing global obsession with the question of how countries become innovative — this explains the fascination with Silicon Valley and with our book. I also learned that startups were beginning to pop up in every country I visited, mostly in just the last few years. Both processes — country obsession with innovation and emerging startup ecosystems — are accelerating as the pace of technological change continues to increase. I spoke about this recently at Wired UK. 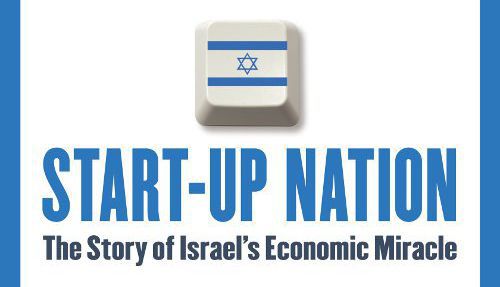 5: So I know this is a primary point addressed in the book but what do you think are the three largest contributors to the level and amount of innovation in Israel?
The important thing to understand about innovation is that it is not about ideas. There are great ideas everywhere. What matters is what you add to ideas to produce innovation, which is primarily a lot of drive and willingness to take risk. Our book is mainly about where Israel got a bit more of those two additional ingredients.
The three biggest factors are
1) Israel is itself a startup, that is an idea that took a lot of drive and risk-taking to turn into a reality,
2) the values and skills that Israelis learn in the military — such as sacrifice, leadership, mission-orientation, and teamwork, and
3) Israel is country of immigrants, and immigrants tend to more driven and willing to take risks. That’s the elevator pitch, but it’s still worth reading the book 🙂
6: What are three tips you would give a beginning entrepreneur in Israel?
1) Find an important problem that you really care about solving. You will work just as hard on something that doesn’t really matter, so you might as well work on something that does.
2) Get out the door. Expose yourself to great problems in other countries that you never would have imagined. Along the way you will find great entrepreneurs who understand the problems of their own country better than you ever will. Together, you’ll have a much better chance of finding the right problem and solving it than either of you would on your own.
3) Think beyond the US, Europe, and China. There are great, globally-relevant problems to tackle in lots of other places, and these other places can actually be the best (not a second choice) place to start building something big. 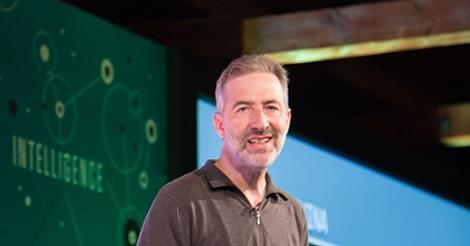 7: What’s next for you? Perhaps a follow up called Unicorn Nation?
We’re working on another book. Not a sequel and not only about Israel, though some insights from Start-Up Nation are an important part of it. Too long a story to get into here. Stay tuned.
8: Do you think Israel has evolved since you wrote that book into a place where companies can grow out of the startup mode and into unicorn mode? Why or why not?
Yes, it’s happening. Everything is getting bigger — more startups, growing corporate R&D centers, bigger exits, more IPOs. But I disagree with those who dismiss startups and measure the system based only on whether we can build large companies. There is a reason why every country wants more startups — they know that that’s their best shot at producing the next Google or Facebook. Most of the world is dreaming of a fraction of the exits that we take for granted — and indeed even complain about.
Our system will naturally produce larger companies as we generate more serial entrepreneurs who have the confidence, experience and desire to build them. But this is not the real measure of success of our system. If I had to choose between more great startups and more larger companies, I would choose the former — both because that is our comparative advantage in the world economy and because it not healthy for a small country to be stuck with a few big companies. Luckily, I don’t think we have to choose, we can have both.

9: How do you feel VCs in startup nation differ from those in the valley? Does it matter when raising funds?
The VC game is all about bringing real added value to the best entrepreneurs. That’s tough to do. Just like most startups fail, the majority of VCs don’t do very well. I think that many VCs have to become more innovative in how they bring value beyond the funds they are investing. Investment itself is a commodity, the question for VCs is how they can really become “smart money” that attracts great startups.
10: What’s next for Start-Up Nation? What should Israel be doing to keep up in the rapidly changing global environment?
Israel and Silicon Valley are the first Stage 3 ecosystems in the world today (see myWired UK talk). This presents us with a tremendous opportunity as a country. Many other countries are now trying to break through a threshold that Israel reached in the late 1990s when we had our first high-profile success stories that put us on the global map of innovation. We should be helping other countries reach that threshold faster by innovating with them — by combining our different strengths as countries.
We’ve built an innovation highway between Israel and the US market. Now we have to build similar highways to other countries and continents. If we do that, Start-Up Nation could multiply in size and impact. At the same time, we need to bridge the gap inside Israel between the high-tech sector and the rest of the economy. I believe that this can be done as well and would greatly increase both social equity and growth.
The key is recognizing strengths and building on them. The strengths that created Start-Up Nation, far from being tapped-out, are maturing and becoming more relevant both internationally and at home. The unicorn is Start-Up Nation collectively, which now can and should be taken to a new level.