You may recall a few months back I wrote a post about a Chinese restaurant and how they taught me a lesson on how NOT to do marketing. Well, this post is the other side of that coin. 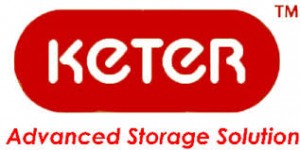 Keter, a leader in the home and outdoor appliance space, impressed me so much this week, that I had to share my experience with you. Now I am sure you are asking yourself “How does a company that makes plastic products even make it here to a site that generally covers matters of tech and marketing?” Good question. The answer is, good marketing using the social Web is not exclusive to tech companies, at least it shouldn’t be, and Keter proved that to me.

So what happened? Well, before I get into that, let me be very clear here. I will explain how this all  happened, but the bottom line is, Keter sent me a huge outdoor shed worth hundreds of dollars for free. They did not send it to me on condition that I write this post, nor am I even writing about the shed or the fact that they sent it. So before you jump down my throat about ethics, let me say, I am writing this post because I want to. Period. And my focus here is how a plastic company used the social web to turn a geek like me into a huge fan of the brand. Are we ok now? Good. Now to the story. 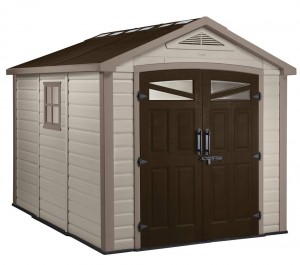 I recently bought a new house. The first thing I knew I needed was an outdoor shed. You know, to store extra boxes, bicycles, and other things lying around the house I will almost never use. So I did what any normal person would do after reaching the conclusion that they need a shed. I tweeted it.

Now, let me add that Keter did not know me, they did not follow me, and there was no way for them to read my tweet, unless they were using Twitter to search for certain mentioned words. How does that work? Simple. Let’s say you sell ice cream. You can sit back and wait for people to hear about you, you can use the web to aggressively sell your ice cream, or you can think out of the box and be creative.

If it is ice cream you are selling, you might search Twitter for words like “So hot”, “Ben & Jerry’s”, or “Vanilla” and when someone tweets something with one of those words, assuming it is in the context of ice cream, reply with a nice touch of humor and invite that person to experience your brand.

Well, when I tweeted about my shed needs, the Director of Marketing of Keter followed me. We connected and it wasn’t long before the person in charge of marketing in my location reached out to tell me that a shed was on the way. Thank you, Naama. 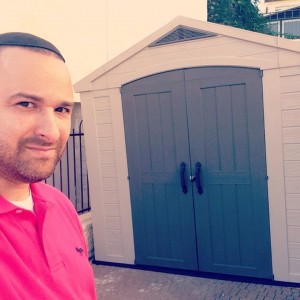 Of course, as someone who is VERY active and vocal on the web, this is not the first time a consumer brand heard me on Twitter and sent me a little something. Bose did it as well. However, as nice as the shed is, what impressed me about Keter here, was the way they used the web to their advantage. What blew me away about Keter was how such a large global company did not fall into the trap so many other companies fall into, and Keter used the social web to listen, instead of broadcasting.

As soon as I received notice that they will be sending the shed, and after jumping up and down for a few minutes, I took to my Facebook to praise Keter for listening, reaching out, and yes, using me as their vehicle to reach audiences they would otherwise never reach. 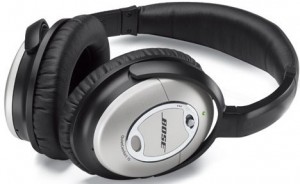 Of course, that post received quite a bit of backlash along the lines of “So you are promoting them because they gave you a shed”, “How is them giving you a $1,000 product for free good marketing?”, and “You are unethical for taking gifts from companies in exchange for promotion”. I was of course not surprised. Most of the comments were positive and along the lines of “That is awesome.”, “Good work, Keter”, and “So happy for you”, but then there were the others. Those others are always there and they are always vocal.

I told them what I wrote above, no one asked me to promote them, all they did was listen to a potential customer and transform him into a HUGE fan of the brand. Yes, they did that by giving something away, but as I wrote there, I will never buy a product from another outdoor appliance company and I will tell this story to whoever is willing to listen.

When the bose story happened, I wrote about it, and tens of people told me they bought the headphones because of my post, which talked about the headphones, but also about how cool it was that Bose heard me on Twitter.

Tested out these @BoseService earphones in the airport and decided, one day soon they will be mine 🙂 Amazing sound! http://t.co/fk74oR5a

One more thing. I am not saying that anyone who tweets “I want a shed” will spark a reaction from Keter that will eventually lead to a free shed. I am not denying that they leveraged the fact that I have built a nice engaged audience on the web. I am however, debating that there is anything wrong with doing so. Isn’t that the point of marketing? To reach as wide of a relevant audience as possible by providing value? I am also saying that Keter has their finger on the pulse and are always listening on the web so yes, if you tweet about a shed, chances are Keter will indeed hear you. That is more than I can say for most companies.

Good job, Keter. I am now a dedicated customer, not because of the awesome shed, and not because you stroked my ego, but because you listened to me as a person, and as a potential customer. Keep listening. Oh, and I am also loving the funny YouTube videos…