This post is somewhat of a rant. As a person who pretty much lives on the Web, I am very exposed to the power of social media.  Having said that, I think by now, that topic is pretty much covered from all angles. What is not covered and what people like to brush under the carpet, are the potential down sides and even outright dangers accompanied by the advancements that social media bring. 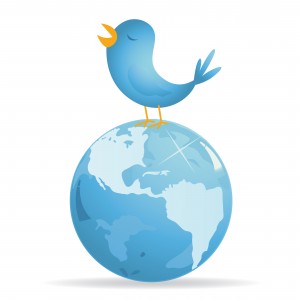 When people ask me why I like Twitter so much, I like to sum it up in one sentence. Twitter pretty much brings down all the barriers that society puts up. What I mean by that is that our world, at least the social aspect of it, is structured in a hierarchical fashion. There are famous people, who are “above” the “regular” people of our society. What do I mean above? Don’t misunderstand. I am in no way implying that just because you are famous, you are in any way better than a person who is not. I am talking specifically about the accessibility of certain parts of the population to other parts. Whether it is the rich and the poor, the famous and the “regular people”, and many other examples. On Twitter, all those boundaries come down.

I have met many people on Twitter who are by all standards “celebrities of the Web”. In real life, these people are plain old teenagers, clerks in a local super market, and many other types of regular old folks. In addition, on Twitter and social media in general, you have direct access to pretty much anyone. You can write to your favorite celebrity, athlete, or politician, and chances are (with the exception of some), they will see it.

So, where are the down sides? Well, I will be the first to admit that social media brings more good than bad, but there are definitely some negative aspects of the complete democratization brought upon by sites like Twitter and Facebook. Here are a few:

In conclusion, social media, like many things in life, can be a great thing if used in moderation. If, however, you believe and sell all the hype, you are opening the door to some of the above issues, and you might not feel the effects immediately, but eventually, they will come back and haunt you.

There are many other down sides to social media that are not mentioned here. Problems like obsessive self promotion, the redefinition of the term “friend”, and many others. Tell me what you got in the comments. You can also find me on Twitter at @hilzfuld.

5 thoughts on “The Down Sides of Social Media! Yes, There are Some…”