One of the most common questions people have asked me about Twitter (besides of course “why do I care what you’re doing?”) is how on earth I follow so many people.  The question is a valid one since at a following list of over 4,000 people and counting, it is not humanly possible to read every tweet, every thought, or every link that people share. The basic premise of following people on Twitter is that you are at least somewhat interested in what they have to say, so the question of how I follow them all is a good one. 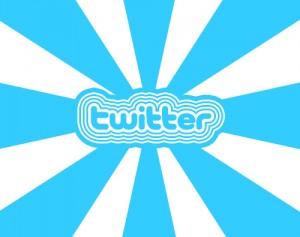 The answer is somewhat complex. To simplify things, I will say that the real answer is that I do not. Yes, all these people appear in my Twitter following count, but in reality, I follow only a small percentage of them. So the next question is “If you don’t really follow them, why do you follow them”? You confused yet? What that means is, if I am not really following those people or reading their tweets, why bother following them at all? The answer is etiquette. Twitter etiquette is a very interesting thing, and one that I am not going to get into here, but suffices to say that if I only followed the small number of people that I either know personally or was genuinely eager to hear what they had to say, I would not see the benefits of the diverse and amazing Twitter network I have today. Like I said, I am not going to go into detail about that here since I can write an entire blog post about that topic.

So, how do I follow 4,000 people, but really only follow 200? The answer until last week was groups. I access my Twitter on a 3rd party application called Tweetdeck. I use Tweetdeck on my home PC, my work Mac, and sometimes on my iPod Touch. One of the reasons I chose Tweetdeck over the many Twitter clients on the market, was that Tweetdeck was the first client to offer the group functionality. What I did was simple. I took all the people I knew interested me, plus all the people I communicate with regularly, and combined them into a Tweetdeck group called “Primary”. I created an additional column in Tweetdeck for my Primary group and set the program’s notifications to notify me of new tweets in that column along with my replies and DM columns. The All Friends column, in which the rest of the 4,000 people appear, became my secondary focus.

Let me clarify that if I said I never paid attention to the All Friends column, I would be lying. I read it regularly, but then we come back to our original question of how it is possible to follow 4,000 people. So, I skim that column and pay more attention to my Primary group. OK, so that was my solution until recently. A few weeks back, Twitter released a new feature called Lists, which was meant to draw people away from 3rd party applications and back to their roots of using Twitter.com. The idea was identical to the Tweetdeck groups. You would be able to create lists of users and follow those lists.

I was one of the first to get this feature, and quickly began making my lists, based on my Tweetdeck groups. However, I immediately learned that life without Tweetdeck was not so simple. To make a list, I had to add each person individually, by finding someone that interested me, opening their profile, and adding them to the list. The process took a few minutes per person, and multiplied by 200, that was time I did not have. The time was only the beginning of where Twitter lists fell short.

Other issues I had with the new list feature, was that in a totally counterintuitive way, to follow the members of a list, you need to add them one by one. Additionally, the new retweet feature that Twitter recently announced was not supported within lists. So, what good is it if I can follow the most interesting people in my network but not share their tweets with my followers? These are just a few of the list issues I had. The main one, however, was that these lists were only available on the Web, and let’s be honest, how often does the average Twitter user actually use the primitive interface offered by the Twitter.com website? The lists were not available on Tweetdeck, they were not supported by UberTwitter, which is my all time favorite mobile Twitter client (BlackBerry), and they were not supported by Echofon, my preferred iPhone Twitter app. 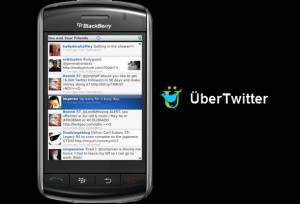 All that changed yesterday. I am now testing a pre released version of UberTwitter and it not only includes lists, it implements the list feature to perfection. More about the new Ubertwitter when it is released. However, as much as I loved the new Uber, that was not the big news of the night. Tweetdeck released a major update (more like a totally new application, but we will call it an update) yesterday, turning Tweetdeck into a program that pretty much covers all my social media needs. I literally do not need to ever open up Twitter.com, Facebook, or even Linkedin anymore, anything and everything (almost) I would do on those sites is now available within Tweetdeck, and most of the features are actually easier to use within Tweetdeck as opposed the site itself.

I am not going to give a full review of the new Tweetdeck now, but I will just give you a short list of the new features. They include full Linkedin integration, Go To Profile, the new retweet function in addition to the old way of retweeting, geo tagging tweets, and full list integration, which makes the whole concept of Twitter lists completely manageable.

Basically, using the new Tweetdeck, I converted my Primary group into a Twitter list called Favtweeps in just two clicks. The new list, as I mentioned will now be available to me on all platforms. I can actually use Twitter effectively on my BlackBerry now not having to follow 4,000 people. Until today, I would basically use Twitter on my phone to reply and DM people, but only rarely actually followed the stream since it was too overwhelming. Now that I have my lists on UberTwitter, the way I use Twitter will completely change.  Echofon has not added lists yet, but Twittelator Pro has, and I am sure the iPhone Tweetdeck app will be updated shortly.

Not only that, but between my multiple Twitter accounts (work and personal), my Linkedin, and my Facebook, chances are, I will be spending much more time in front of my Tweetdeck. By the way, I never created a MySpace account, but you can add that too if you have one.

In conclusion, let me just say that two of my favorite Twitter clients just got a whole lot better, and the new features are actually going to change the way users access their Twitter and various social networks. There are two problems I can see arising from these new developments. The first one is that Twitter.com’s number will continue to fall. They have been on the decline for months now, since most people do not use the Web interface, but rather depend on the API via external applications. With these applications offering everything the Web offers and a lot more (url shortening, picture, video, and audio upload services, as well as auto complete of names), I cannot think of any reason users will continue to use Twitter.com.

The other problem I foresee, and judging by the time I spent playing with the new Tweetdeck last night has already started, is that Twitter addicts all around the world will lose the battle to their addiction. Not talking about myself of course, but if a person was accessing their Twitter on Tweetdeck before, but once leaving the computer, would be available to spend time with their spouse or family, pretty sure people are going to be spending a lot more time on Twitter now with all these new features supported by the various clients. Suggestion? The next version of Tweetdeck should include a cap on the amount of time users can spend on Twitter daily. 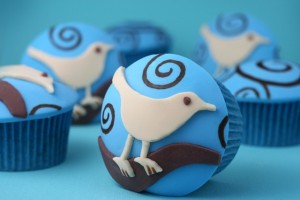 Either that, or get ready to start seeing a lot of new T.A.A (Twitterholics Anonymous Association) centers forming across the globe.

So, do you share my enthusiasm about the new Twitter features? Please let me know in the comments!