The Samsung Galaxy Tab has been making waves in the early adopter community. It might not be the first tablet to run Google’s mobile operating system, Android, but it is definitely the most significant one coming from an industry giant like Samsung. Now that there have been a few videos of the Tab in action as well as some initial Tab reviews, I don’t think anyone denies the fact the Samsung tablet is an impressive device on all fronts. What seems to be the debate in the tech community is: iPad or Tab. 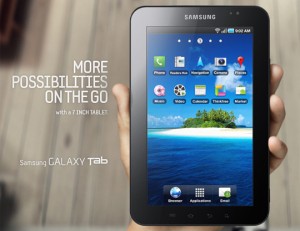 There are two major tablets on the market (the Dell Streak 5″ is too small to be called a tablet and the 7″ Streak is too new to call it major) and the big question is which one to buy. Of course, anyone who tells you there is a clear cut answer to this question is lying, but I have had an iPad 3G for a few months, and while it has definitely changed my idea of what a computer should be, the specs and reviews of the new Samsung Galaxy Tab definitely make me want one. 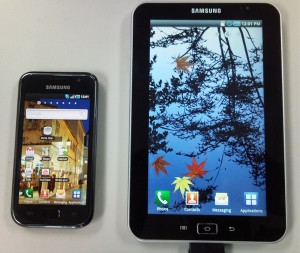 The following are seven reasons any iPad owner, or someone looking to purchase a tablet, should seriously consider the Samsung Galaxy Tab:

In conclusion, let there be no misunderstandings, for every advantage the Galaxy Tab brings, I can also name one for the iPad. The above points are not intended to belittle the iPad as a true game-changer, netbook-killer, industry-leader or any other name it has been called. I love the iPad for what it is, but it could have been so much more, and every feature that I think should have been included in the iPad seems to be present on the spec sheet of the Samsung Galaxy Tab, so you do the math.

Please feel free to tell me you think I am crazy or that you are now sold on the Tab. You can share your thoughts on the iPad-Tab rivalry in the comments below or reach out to me on Twitter.