I don’t blog nearly enough. Between Twitter, Facebook, meetings, work, family, and the rest of life, blogging seems to have taken a back seat and I hate that. I would like to say this post will change that and I will go back to writing as often as I used to, but unfortunately, I don’t know if that is going to happen. I promise I will try. 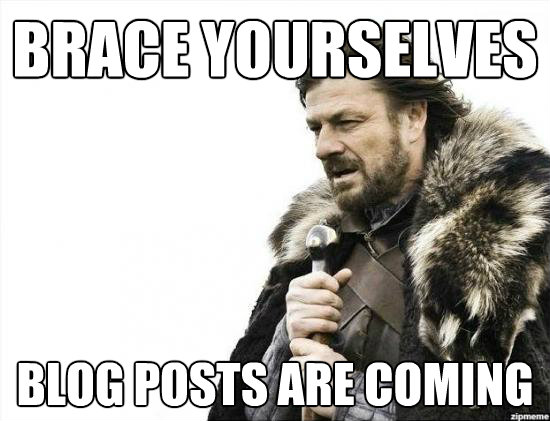 Anyway, as we all know by now, the social web has taken on a very important role in our personal and professional lives. Companies nowadays, whether they are targeting consumers or enterprise, realize they need some sort of strategy or presence on the web. The same is true for individuals. “I am not on Twitter” and “I don’t have a Facebook account” are the new “I don’t have a TV.” In other words, if you are not active on social, on at least one platform, most people will ask you why and assume there is a story there.

Now that we established the importance of social, it is time to write some things that really shouldn’t have to be written if only we would all exercise some  judgement and common sense. Turns out that when it comes to self promotion and business, common sense isn’t on the menu and everything we, as humans know about acceptable behavior offline, gets thrown out the window once we open our web browser. 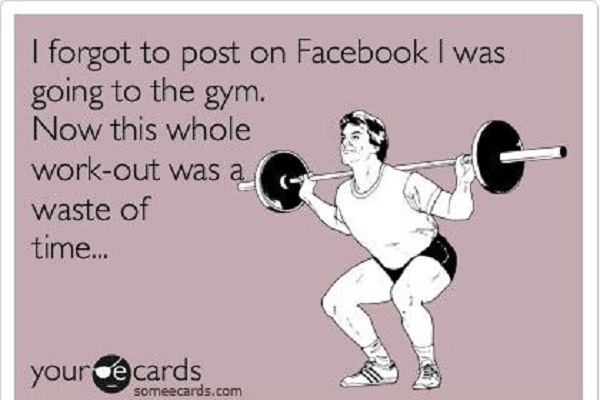 So if you are about to send someone a message asking them to like your page or to share your content or to retweet your tweet or to do anything else that will advance your cause, there are a few things you need to understand and ensure before you do that.

So What are You In Essence about to Do?

First, a little honesty is in order. You are asking someone to like your page or promote your content? You are about to say to that person “Listen, you spent years building up your name, building up your audience. I am too lazy for that. Mind letting me hitch a ride on your hard work? Just go ahead and share my content so your audience clicks through, I get the traffic, and I don’t have to waste my time investing hard work like you did building up your loyal audience.” 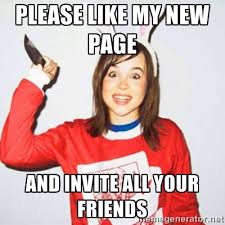 But wait, it is not all bad…

Who is this Person you Are Asking?

So listen, there is no shame in asking for a favor. At one point or another, we all ask for favors. Lucky for you, Facebook Messenger keeps the history of your conversation for you to look back on. So let’s try a little experiment. Before sending that “friend” the request to share or like your content, look  at the last ten messages you sent him or her.

What’s that? You haven’t even exchanged ten messages? So this person is in essence a stranger to you? Yea, see the first point about hitching a ride. Not so safe nowadays to hitch a ride with a stranger…

Oh, you know this person and have indeed had previous conversations in real life? Great. Now look back at your previous ten messages. How many of them were you asking for a favor? More than this one you are about to ask? Then don’t. Again, no shame in asking for help, but yes shame in being a taker and never a giver. I have 5 words for you from a man much smarter than myself… “Jab, Jab, Jab, Right Hook”.

So, if you are about to send that message, look back at your correspondence with that individual and make sure that for every favor you asked of them, including this once, you have done two favors. Or at the very least, make sure it is a 1:1 ratio.

If your friend, hypothetically speaking of course, has a large audience mainly because of their experience in tech, do you really think it is the decent thing to do to put them on the spot and ask them to share your fund-raising post for African forests? I mean, it could be they are into forests too but think about this logically. That person has an audience, that is why you are asking them to promote your content, right? But that audience follows that person because of their commentary on tech, so let’s play this out…

Your friend, the tech guy, shares your forest post. What happens next? Yes, some people who follow him might be relevant for your cause and who knows? They might even give some money. Those tech folks make billions, right?

What about the other 99% of people who follow your friend to hear about the latest tech acquisition and not about trees in Africa? It will annoy them to see this irrelevant post in their stream and from a person who they followed for tech news. 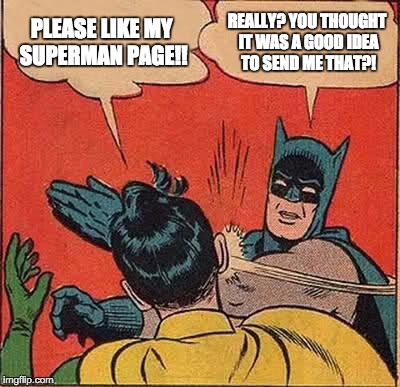 Yes, I know, nothing wrong with a little variety. No one said 100% of your posts need to be about tech, right? Ok, I’ll bite. Let’s see what happens next. So your friend’s massive audience sees that your friend shared this fund raiser of yours… Fast forward two months and your friend starts getting 100 messages a day asking them to share other fund raisers. “Christmas trees for the poor”, “Better air conditioning for dog shelters”, and “I spent all my money on gambling, I have a problem, please help me get back on my feet.”

So your friend responds to those requests saying “Sorry, I can’t share these. I mainly focus on tech.” Guess what those people will respond to your friend. “But you have shared some fund raisers in the past. There was that one…” Any guesses which post they will remind your friend of?

That’s right. By asking your “friend” to share irrelevant content with their audience, something your friend would otherwise never talk about, you are basically stating quite clearly that you are not a friend and you fully realize this will cause that person short term and long term damage and headaches, but you getting 100 more clicks trumps that. Not a great message.

Um, Have you Even Read your Own Writing?

Listen, as soon as your friend shares that post of yours or likes your page, they are associating their brand with yours. Most people won’t know or care that they shared it because you asked them to and no matter how many times you write in your Twitter bio that RTs are not endorsements, once you share something, you better believe you are endorsing it.

So, before you ask anyone to like or share anything, make sure you would feel comfortable doing the same, if it wasn’t yours of course. 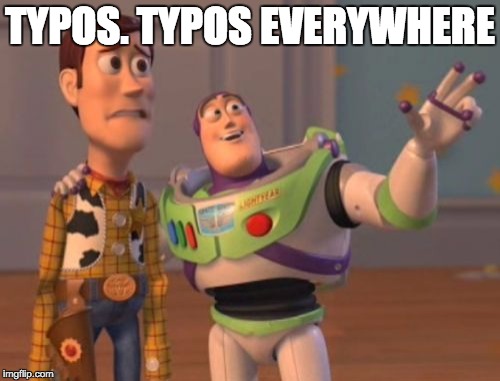 Typos, inaccuracies, controversial content, offensive pictures, or anything else that might do the person’s brand damage? Then either get rid of those things or don’t ask anyone to share it.

While we’re on the Topic of the Content Itself…

Listen, you wrote the content, you created the page, it is your responsibility to optimize the content so that if and when your friend promotes it, they don’t end up looking like a fool.

What is the preview image that shows up? An ad for Viagra? Well, that’s awkward. The text that automatically appears is in Chinese? Awesome. The site itself you are asking to promote doesn’t load normally on mobile? Well, that is problem since ya know, everyone reads this stuff on mobile.

So, before asking your friend to promote your stuff, make sure your stuff is promotable. Because nothing worse than doing someone a favor and looking like a fool for doing it. 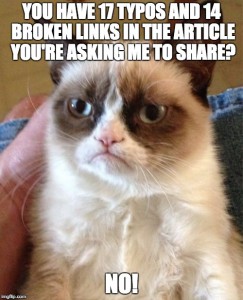 Just to sum up, you should never ask anyone to share anything of yours. What you should do is take the time you would have used to message those friends asking them to like or share and dedicate it to writing content that is so epic, everyone will want to share it. By themselves. Without you asking. Like this post, for example. I kid. I kid.

Anyway, I think you got it. If you absolutely MUST ask people to share, like, RT, or endorse your content, make sure you looked over the above points before sending that message.