In today’s insanely fast-moving business world, efficiency is key. That is why I use this iPhone hack to save time every day. Efficiency is also the reason I write many of my blog posts. You see, I find myself repeating many of the same things on a daily basis. “Stop asking people to like your Facebook post!”, “Don’t tag me along with 50 other people on a Facebook post“, “That is not how you should ask someone for a business intro, this is!”, and on and on.

This blog post is no different. I kid you not, I have had this conversation with 5 different people in the last 24 hours alone. So why not save the time I will spend on future conversations and write a post, which I can easily send to someone instead of spending 30-60 minutes on the phone with them explaining this concept? AmIRite?

Ok, before I begin, here, Gary says it best. Pardon the profanity, but really, don’t be this guy!

Here is the thing with that guy, he was probably half kidding. I don’t think he expected Gary to take out his phone and actually tweet about his business. I will also say that most of the people who watched that video realized how dumb and shortsighted that dude was. Most people watched that and thought “I am not that guy. I will never be that guy!” Then they go and send that email and absolutely turn into that guy!

If you have ever added someone on Linkedin and as soon as they accepted, you sent them a sales pitch, then yes, you are that guy. Same goes for Twitter, Facebook, or any other platform. If your friend sent an intro to someone asking you to offer them some advice and you went in for the sale and tried to onboard that person as a client before you offered any advice or value, you are very much that guy. Ok, those seem like pretty obvious examples to most people, but here are some that are not so obvious!

“Ok, who the hell is “This guy” he speaks of and if I am that guy, how do I stop being that guy and actually yield positive long term results?” 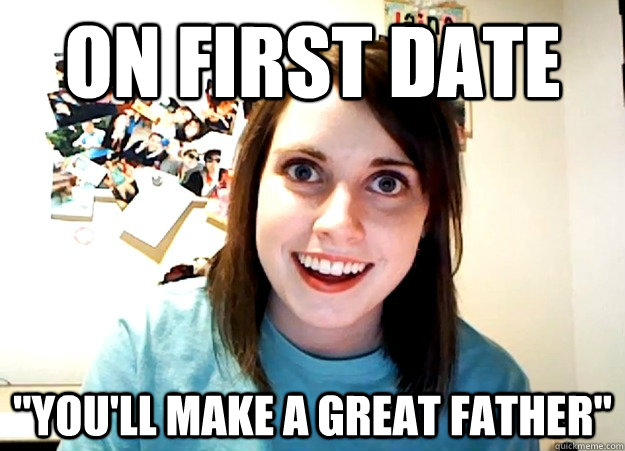 “That guy”, as Gary so eloquently puts it, is the dude who tries to close on the first date. He is the guy who is perceived by all as a used car salesman, and we all know how much people like used car salesman. Stop being that guy.

Call it whatever you want. Call it Jab Jab Jab Right Hook (Google it). Call it providing value before expecting anything. Call it giving 5x more than you’re taking. Whatever you want to call it, stop being that guy.

It’s really very simple. If you’re about to send a message, a sales pitch, a press release, whatever, think first and answer the following two questions:

1- Would I respond to this message if I was on the receiving end?

2- Would I behave this way offline?

If the answer to either one of those questions is “No”, then do what you gotta do to make the answer yes. Let me explain.

If you are communicating with someone, whoever that person is, and whatever you hope to accomplish, put yourself in their shoes and try to think whether this form of outreach would be effective if you were on the receiving end.

So, for example, if someone just added you on LinkedIn, and you immediately send them a sales pitch, think about whether you would respond to that same sales pitch. Probably not, correct? So then perhaps it is advised that you spend 45 seconds doing some research, building trust, and establishing some sort of relationship with that person, prior to selling to them. 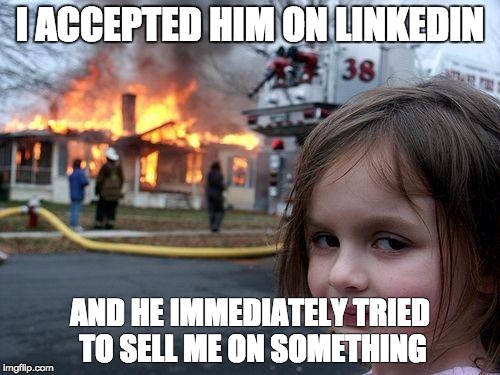 If you would not respond to that message, then why would anyone else? Which leads me to my next point…

Just like you would not expect someone to jump on you in middle of the street and start selling their product with no previous relationship, context, or pre-established trust, so too online, don’t be that guy.

Let’s take a step back though, because we are getting ahead of ourselves and tactics and not strategy. Let’s talk strategy.

Whatever it is you do professionally, make your game giving and not taking. Spend your time proving your capabilities to others, making yourself indispensable, and you won’t even have to ask, because the demand, if you do this right, will be inbound.

Tim Ferris says it better than I ever could. In his new book Tools of Titans, a book I highly recommend you read cover to cover, there is one chapter called The Canvas Strategy. This is, hands down, one of the most insightful chapters of any book I have ever read. 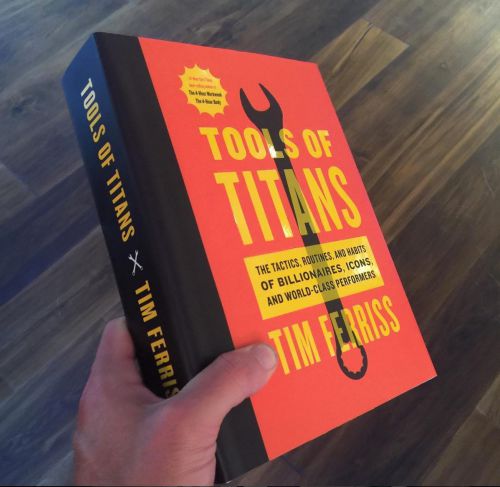 “Find canvases for other people to paint on. Clear the path for the people above you and you will eventually create a path for yourself.”

“There is an old saying “Say little, do much.” What we really ought to do is update and apply a version of that to our early approach. Be lesser, do more.

Imagine if for every person you met, you thought of some way to help them, something you could do for them? And you looked at it in a way that entirely benefited them, and not you? The cumulative effect this would have over time would be profound.

You’d learn a great deal by solving diverse problems. You’d develop a reputation for being indispensable. You’d have countless new relationships. You’d have an enormous bank of favors to call upon down the road. That’s what the Canvas Strategy is about- helping yourself by helping others.

Making a concerted effort to trade your short term gratification for a longer term payoff. Whereas everyone else wants to get credit and be “respected”, you can forget credit. You can forget it so hard that you’re glad when others get it instead of you, that was your aim, after all. Let the others take their credit on credit, while you defer and earn interest on the principal.”

God, this is so brilliant. I actually took a picture of this chapter in its entirety, saved it in my iPhone photos and I read the chapter at least once a week. It is everything!

Facilitate success for others. Take yourself out of the equation and you will find that quickly, a lot quicker than you imagined, the person on the receiving end will want you back in the equation at more attractive terms than you would have asked for yourself.

Play the long game. Be THAT guy! The one who helps others succeed selflessly. If you get the question “I don’t get why you’re doing this. What’s in it for you?” You know you’re doing something right. And if you can look that person in the eyes and answer with 100% honesty, “Nothing. Nothing is in it for me.”, then you’re a lot closer to success than you think. 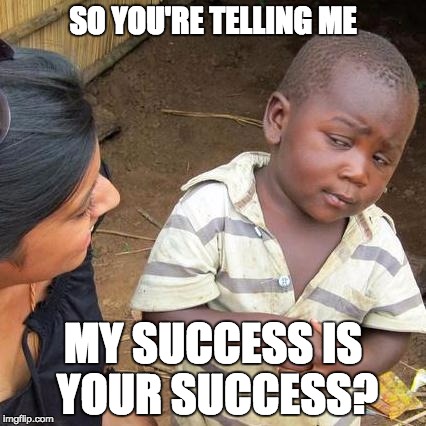