After all this time, some things never change when it comes to the Web and social media. While it has penetrated the corporate world on levels we would never have imagined five years ago, social media is still a buzz word companies and people throw around without really understanding. The errors are on both side of the spectrum and some do not appreciate the power of the social Web while others overplay it.

The following are some common mistakes people are still making when it comes to social media:

-Magic: While I will be the first to talk about the power of a single tweet, people and companies have to realize that social media is not magic. It does not work in an abyss and without investing time, resources, and a whole lot of energy, you are most likely wasting your time.

What most people talk and hear about are the effects of a well built and invested network on sites like Twitter, but what these people do not realize is that such a network took time to build.  You can tweet from now till tomorrow, but if you do not have an audience, you might as well be screaming in an empty room. 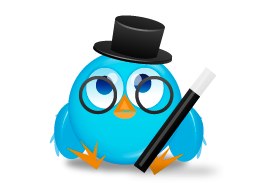 -Spam: The following is a scenario that happens at one point or another in almost every company. Someone in the company hears a story about Twitter or another social media platform and decides to give it a shot. They pitch it to the CEO and the company decides to take advantage of this “new thing” called social media. They hire some newbie who has been tweeting for 25 seconds, and tell him he has to meet a sales quota. That person then opens an account on Twitter for the company and begins to spam people on Twitter. “Check out our new <insert any product here>”. “Have you heard about <insert name of company here>, check us out here <insert link to company site>.

What amazes me is that after all this time, people are still sending me such messages daily. It does not work and you are pretty much eliminating any chance of creating a good name for your company on the Web by using these tactics. Will you get a few clicks? Yes. Will it help your company in the long run? Absolutely not.

-Number of Followers: A conversation I had with an acquaintance of mine the other day, made my blood boil. He was showing off to me that he has a certain absurd number of followers on Twitter. I replied that I did not even know he was on  Twitter, to which he responded “I am not”. He apparently used some spammy tool to build up his follower count artificially in order to leverage that number when corresponding with companies.

While this is probably an effective method for getting quality customer service, it is otherwise completely worthless. This is an extreme case, but people talking about their follower count, using it as a sales pitch, and bragging about their followers is something I see almost daily on Twitter and other sites. What these people do not realize is that the number of people that follow them is close to irrelevant. How much they interact with these people, the level of responsiveness, engagement, and dialog that these followers provide, now that is key. There is no direct correlation between the two and I have seen many people on Twitter with tens of followers that have more correspondence with their followers then other people with hundreds of thousands of followers or fans. Numbers do not matter in social media. 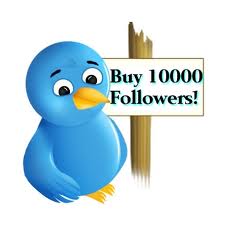 -Instant Gratification: This is very much connected to my first point of social media being perceived as some sort of magical solution. There are no instant results on social media. If you are a company looking to leverage the potential power of the social web, you have two real options. You can either hire someone who has spent years building up a quality network that trusts them and is truly interested in what that person has to say. Alternatively, you can hire someone who “gets it” and is willing to spend time building up that network.

Either way, there are no instant results. More importantly, you, as a company or CEO, need to understand that you can expect to see ROI from social media, but not the same kind of ROI you can expect to see from lowering the price of your lemonade in a lemonade stand. It will take time and a lot of it, but when the network you are building is ripe, the results you will see from social media are like nothing you have ever seen before.

-Hype: This is again, a continuation of some of the previous points, or more accurately, a summary. It is no secret that “social media” is a buzz word right now. Throw it out there in a business meeting and you have the other side listening instantly. The thing is, that hype is not worth a thing and it will eventually disappear.

What we will be left with is a whole bunch of tools, probably newer and more advanced than the ones we use today, that when utilized properly, will achieve results we never imagined possible with traditional media. It is easy to fall into the trap of believing and selling the social media hype, it is a lot more challenging to truly take advantage of the tools this new medium provides. So remember to think twice before using phrases like “social media expert” or dismissing traditional forms of marketing without learning how to fully utilize the power of the social Web.

Social media  and the Web in general is always evolving, but as things stand today, there are some serious fundamental mistakes being made both in theory when it comes to how social media is perceived, as well as in practice. Anyone who has ever spent twenty seconds on Twitter has seen examples of all of the above. If you are new to Twitter and social media, or if you want a small refresh about the do’s and don’t’s as well as a highlight of some of the leading tools and strategies, check out this complete guide to Twitter. 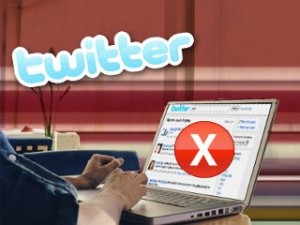 There are many other mistakes people make when it comes to social media, but it is important to say that there is no right and wrong way to tweet. There are however, practices that annoy the heck out of people and if you are doing any of those things, then you are doing something wrong.

Have you encountered any other misconceptions or just things that annoyed you on Twitter and social media? Feel free to share them in the comments or reach out to me on Twitter. I am @hilzfuld there, and I am looking forward to meeting you.