Let me just start off by saying that the number of 3rd party Facbook apps I have used can be counted on one hand. I find them to be intrusive and completely irrelevant to what I and most people use Facebook for. Yes, that includes Farmville, never even tried it. However, when my friend Natasha, who is the Marketing Manager of a company previously known as 6Rounds (just changed their name to Rounds) asked me to take a quick look at their new video chat Facebook app, I agreed. 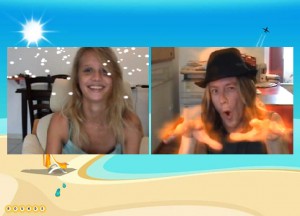 Let me back up a little. Before I get into the app and all its features, let me just say to all you developers out there, that there is a lot to learn from the way Rounds markets themselves and their products. I am not going to talk about Natasha specifically, so as not to embarrass her too much, but contrary to the press releases I get from various companies, Rounds makes it their business to have a relationship before blasting you with promotional material. They (when I say “they”, I mean their marketing manager) spends the time demoing their products to people who are interested. They showed it to me on Google Wave at the time and they showed it to me on Facebook three times yesterday when I was showing it off to various friends.

I would not even have responded to the email I got from them, had I not known the company and the way they conduct themselves. In simple terms, I trust them and that is mainly due to the way Natasha works and carries out their marketing tasks. Sorry Natasha, back to the Facebook app. 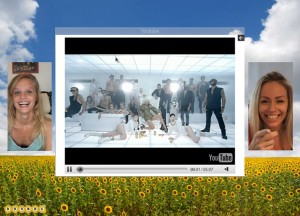 Just to be clear, and I made this very clear to them, I still think the app needs some polishing when it comes to the UI and overall experience, but after a few minutes of using it, I began to really get it, and it is now the only 3rd party app that remains installed on my Facebook account.

OK, so what does Video Chat Rounds (I am pretty sure that is what it’s called) do? The app’s motto says it all “Video Chat. As It Should Be”. Basically, anyone who you are friends with on Facebook can install the app, which of course requires no download and within seconds, you can video chat with them. 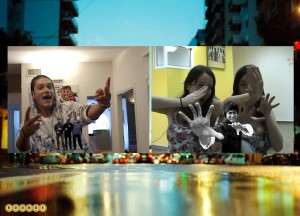 OK, I know what you are thinking. “Video chat has been available on Skype forever. It has even been on Gtalk for quite some time. In fact, it is now available on mobile, so what is the big deal?” Well, as I wrote in my post about Facebook Places, the answer to that question is a numbers game. Most people have more friends on Facebook than they do on Skype. Facebook has a whopping 500 million users and enabling video chat across such a mainstream platform is what makes Video Chat Rounds so amazing.

However, video chat does not even scratch the surface of what Video Chat Rounds offers. When connected with a friend via Video Chat Rounds, you can apply funny and impressive visual effects to yourself or send your friend a virtual gift that will be displayed on their video feed. Once again, when demoing the product, Natasha did not spare herself the funny effects and hilarious faces in order to demonstrate the app’s capabilities. Take note, all these little things matter. 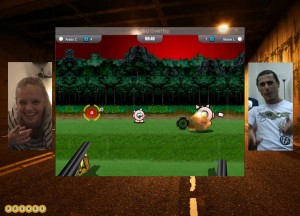 Moving along, forget cute effects and virtual gifts, that might seem childish to some. The app also enables you to interact with your friend by playing a Flash-based game including Chess, Checkers, and let’s not forget Truth or Dare. It is completely flexible in terms of its capabilities and can only be compared to the real life game play. At any point in the conversation, you can easily take a snapshot and post it to your various social networks.

You can also interact with your friend and view a YouTube video together, browse your Facebook together (imagine the abilities in the dating world of showing your friends the profile of another single friend in real time), view Flickr photos together, and even view Google Maps from within the app.  Just in case you are thinking this is all a little too childish for you, the app enables you to collaborate and edit a document with your friend in real time. Thus can potentially be huge in a business setting. 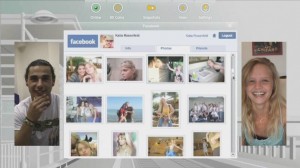 The list of features goes on and on, but the important thing here is that the app is available for free, with no download, and adds a totally new social level to an already exploding social network.

In terms of features I would like to see, I was surprised that alongside YouTube, Flickr, and Google Maps, there was no Web browser, so you and your friend can browse a website together, but was told this feature is in the works and will be added in the future. Other future features include Virtual Currency, Random Rounds, Multi User, and Many-to-Many Broadcasting capabilities.

The entire app is based on Flash technology, which means of course, us iPhone/iPad users will miss out on the fun, but something tells me Rounds has something up their sleeve here. Let me just add that in addition to loving the app and the company, as a person who deals with companies and online video, their Video Chat Rounds video (see below) impressed me on so many levels as well.

That’s all folks, please let me know what you think of Video Chat Rounds once you install it here. You can share your opinion in the comments below or on Twitter here.