If you follow me online, whether on Twitter, Facebook, or Google+ (Don’t go there!), I want to apologize for bombarding you with pictures over the past 24 hours. But, I mean, can you really blame me? I mean, I got the Lumia 1020! 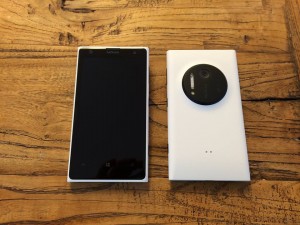 First thing’s first, yes, Nokia sent it to me. Yes, for free. If that means every word I say from here on in has no credibility to you because I am biased, then feel free to close the tab. If, however, you know me at all, you know integrity is at the top of my priority list and no free phone, glorious as it may be, is going to change that. Can we move on now? Excellent.

So yes, I actually got two Lumia 1020 devices from Nokia. How else am I supposed to take a beautiful high-resolution picture of the Lumia 1020 besides using… another Lumia 1020? 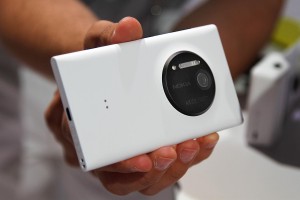 Ok, jokes aside, Windows Phone devices aka Lumia phones have already gained a reputation as devices that are manufactured at the highest possible level of engineering and run the Windows Phone OS in a completely smooth and enjoyable manner. The Lumia 1020 is no different.

Here is the thing. Windows Phone is not perfect, not yet. I am not referring to the app ecosystem, because, not sure if you have been paying attention, but it has been getting significantly better. Pretty much all the apps I use regularly on iOS or Android are now on Windows Phone or about to be released there. This includes Facebook, Twitter, Instagram, Flipboard (coming soon), Waze, WhatsApp, and Vine. So, as far as apps are concerned, I am pretty much there. 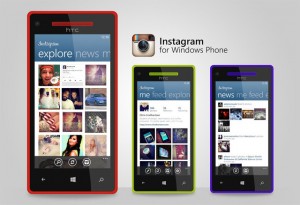 However, and this is a huge deal, the notification system on Windows Phone is a total and complete deal breaker. Now before I explain, let me just say that the next major version of Windows Phone is expected to completely solve this issue with a new notification center. For now, I get a message, whether an email, Facebook, or anything else, and my phone pings me, but it does not show me what that message is. There is also no place to see all the missed notifications like there is on iOS or Android. This is a real problem.

One other issue that I have with Windows Phone and for which I am still using an iPhone (ironically, and you will understand why in a second) is the support for the Google app universe. Gmail, Google+, Google Voice, etc etc. How do I put this nicely? On Windows Phone, there is none. Period. That is a real problem for many people and let’s just say it as it is, Microsoft needs Google more than Google needs Microsoft in this case, so whoever becomes the new CEO of Microsoft in 2014 better get on this if he/she wants users adopting Windows Phone over iOS or Android. 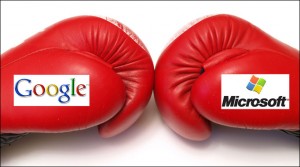 Wait, why am I spending so much time on Windows Phone here? We are talking about a specific phone, not an operating system. Well, yes and no. You see, most people I know would never use a Lumia 1020. You want to know why? Not because the camera isn’t good enough, or because it doesn’t feel as solid as other phones in your hand. The camera is 100% unparalleled and the Lumia phones feel more premium than pretty much any other phone. Most people still don’t view Windows Phone as a real option and Microsoft has to fix that. Kissing and making up with Google is a good first step.

Now onto the phone…

Should I just stop there? Tempting…

No, but really, this phone is just plain wow in every way. 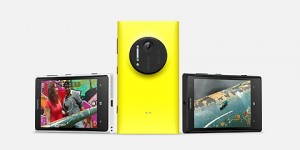 So let’s just get right down to why the 1020 is an amazing device. The camera. Forget megapixels, everyone knows by now that megapixel count is a marketing buzzword that has close to no significance. 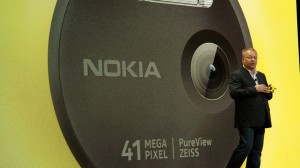 In addition to that, I am no professional photographer and the pictures I took on my first day probably broke every single rule on taking a quality picture. And yet, wow. These photos just pop! The colors, the details, the size, they are just like nothing I have ever seen. Now to be clear, I use an iPhone 5s every day so I know what a quality camera on a phone is. But this is a whole new level.

Here is a picture I took of a colleague with a Lumia 1020, for example. 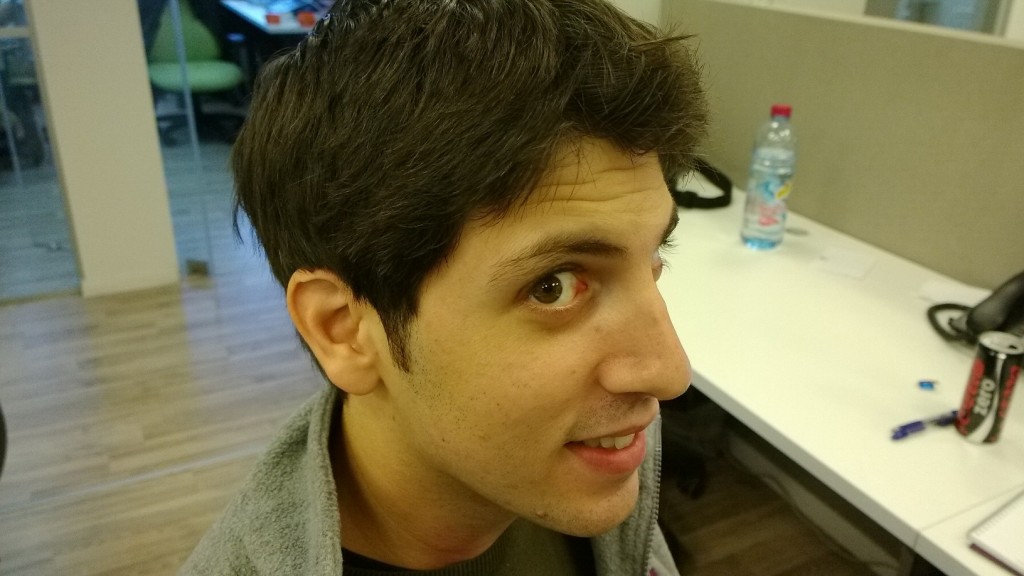 If you still do not grasp just how amazing the camera is on the Lumia 1020, take a look here. That right there is not an empty page, it is a full resolution picture taken with this phone, so it will take some time to load. Once it does, you should understand exactly how unbelievable this camera lens is. But wait, don’t just close the tab. Choose something in the picture and zoom in. See the man on the bench? Zoom in to his face. The women sitting under the tree? Take a closer look. You beginning to understand what this camera can do now? 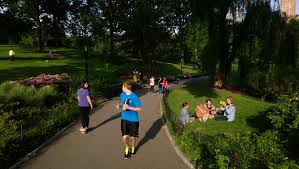 Zooming into a picture to see a detail you didn’t even notice originally is not even the best part. What is? This right here. See the pictures in that link and choose any part of the picture that is out of focus. Yep, that is right. With the Nokia Refocus app, you can refocus your 1020 pictures after you take them. While that is not directly connected to the resolution of the photo itself, it does show the overall fact that Nokia is pushing the envelope and quickly becoming the Apple of mobile photography. 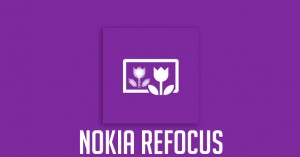 I have to admit I was a bit disappointed with one aspect of the pictures taken with the Lumia 1020. I literally could not figure out what to do with them. Twitter won’t let you post such high resolution pictures. Facebook and Google+ lowers the quality and makes them look like plain old photos. The photo the phone actually shows you is not the full res copy and the only way to actually view the full res picture is to use software (Nokia Photo Transfer on Mac, which is what I am using.) to import it and then view.

Even the Refocus app, which produced results nothing short of magical disappointed me with the options of viewing the photo. I tried to share the picture by email or on social networks but got an error “Something went wrong” repeatedly. Hey Microsoft, any chance you can be a little more forthcoming there with information? 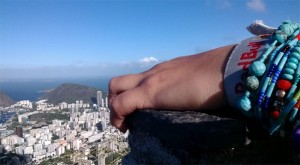 My point is, this camera is ahead of its time and for most people, it is plain overkill because, well, not much you can do with the pictures it produces besides write a blog post about how amazing they are.

You know what else I really don’t like about Windows Phone and the Lumia lineup? By the time I got my hands on the 1020, there was already the truly amazing 6″ 1520, which I am now drooling over. Watch the video below by my all time favorite tech reviewer, Marques Brownlee. Here is the 1520 alongside the relatively miniature 1020. Funny how relativity works… 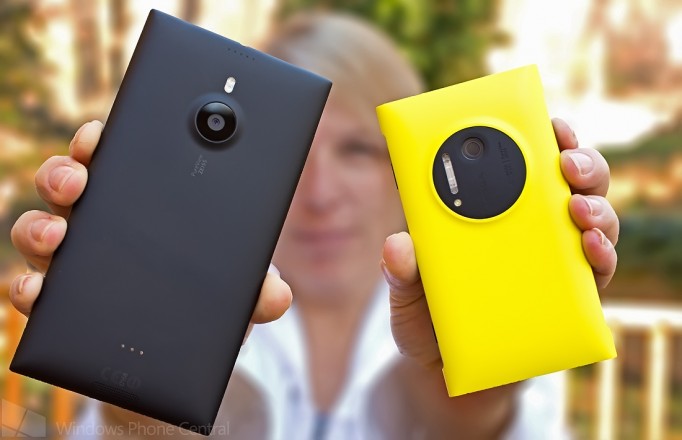 Just to summarize my thoughts in one sentence here, in case you want a bottom line. Windows Phone is catching up fast in terms of both the overall ecosystem and user experience. The Lumia phones are pretty much fantastic across the board. And as for the Lumia 1020, if you want to know what you can expect from mobile cameras in the future, the Lumia 1020 is a good reference.

Or in one word, wow!