Let me tell you a little story. As a tech blogger, I get a lot of different tech-related questions throughout the day. “What phone should I get?” “LCD or Plasma?” “What is the best Twitter app for Android?” Those are just the questions I received today. A few weeks back I got a question I have never been asked before; an old friend emailed me asking what the best Web-based task management software is.

Before I continue with this story, let me say that I am the world’s worst task manager. Don’t misunderstand me, the tasks I need to do get done, but managing them is where I fall short. I hate Excel sheets, I hate reports, and most of all, I hate task management software. The way I see it, anything that takes me away from the actual task at hand, to record, report, or organize my tasks, is actually counter productive if you think about it.

I generally use my inbox to manage my tasks and what that basically means is that when I am assigned a task, I request an email with the task request, and only archive the email once the task is completed. It works for me, but can get messy when you are part of a team, which I am, a majority of the time. 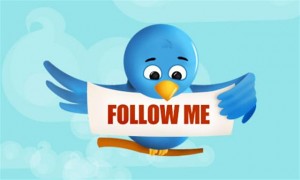 Now back to the story. So my friend asked me for a good task management application and I have to admit, my first instinct was to reply with the words “Sorry bro, but I have no freakin clue”. Instead I did what any geek would do and asked my Twitter followers.

To much surprise, many people were actually passionate about this one product called Producteev. That got me thinking that maybe there is hope for me after all, but then I thought to myself, this is managing tasks we are talking about, how are these people so excited about this? Then something very cool happened. I got a tweet from a guy named Ilan Abehassera, who is the CEO and Founder of the very same Producteev. Ilan told me he saw my tweet and he would love to demo his product for my friend.

That put me over the edge and made me a Producteev fan before even trying out the software. If all my friends are recommending this product and the CEO cares enough to reach out like this, I figured this product was worth checking out. Boy, was I right.

Producteev is in fact Task Management software, but that is about all it has in common with its competitors. The concept is simple. Like I said above, if the software has to take you away from your normal and comfortable work environment, then it is actually counter productive. Producteev is designed to solve this exact issue and integrates beautifully with the normal tools we all use. That includes email, with a special Gmail add on available as well, IM including all the popular protocols such as AIM, Yahoo, MSN, and Gtalk, as well as Twitter and Facebook. 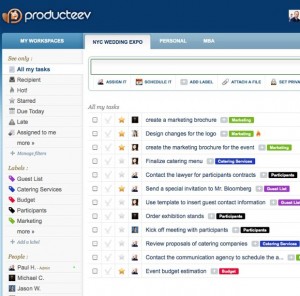 The actual Web interface reminds me very much of your average Google interface, which is generally intuitive and pretty basic. See Gmail for example. However, putting aside the Web interface for a second, what I loved about Producteev the most is how it integrates with email. Take the average case as an example. Someone emails you a task telling you to complete it by the 10th of the month. With most task managers, you would need to open the application and manually add this new task.

With Producteev, simply forward that email to task@producteev.com and watch how the service knows to add the task automatically. You can also add text in the email such as “Due Sep 10th” and Producteev will then configure the due date in the Web interface accordingly. Additionally, you can easily assign a task from within the email or IM.

The service is available for free for up to thwo users and comes in various packages depending on the number of users on your team as well as the amount of file storage you need for your tasks. You can check out the pricing of Producteev here. 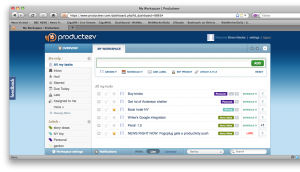 Another awesome and extremely important aspect of Producteev is that it is cross platform. What that means is that you are sending yourself tasks via email or IM, and you can see them on the Web interface immediately. However, it does not end there. Producteev also has a free iPhone app that has push notifications as well as offline access. If that is not enough, there is also a native Producteev Mac program so you can access the full interface from your Mac as well. Of course Producteev is always synchronized across these multiple platforms, something that makes it the ultimate business tool for someone who uses different computing devices throughout the day.

All in all, Producteev is super intuitive and completely accomplishes its declared goal of keeping it simple. Ilan is an extraordinarily nice guy who from what I have heard and from my short acquaintance, is also extremely professional and intelligent. I already sent Producteev to my entire company with the hopes to convert them all, and we are already using it as our main task management tool. 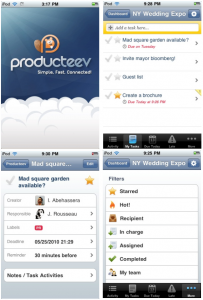 One last nice addition offered by Producteev is a feature called Producteev Academy, which is a game-like functionality that rewards the user badges in productivity when completing a task. The Academy feature can be disabled, but it does add a nice Foursquare-like experience to an otherwise boring job of task management.

After trying out Producteev for a few weeks now, I can safely say that I now understand why I originally received so many enthusiastic replies on Twitter to my question. It really does take a superior product to make task management enjoyable and that is exactly what Producteev does. 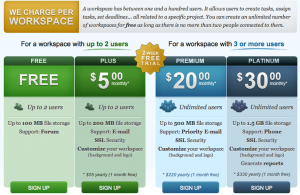 You can watch Scoble’s interview of Ilan below and read some more about the many Producteev features here.

Have you tried Producteev? What did you think? I would love to hear your impressions in the comments below or on Twitter here.

6 thoughts on “Producteev Does the Impossible: It Makes Managing your Tasks Enjoyable”