The Web is filled with blogs on almost every topic. Tech blogs specifically are a dime a dozen, but there is the elite group of tech media outlets that truly stand out from the crowd, Mashable leads the pack. Started by Pete Cashmore in his garage in Scotland, Mashable has become a true Web empire. As a person who has guest blogged for Mashable a few times, I can safely say they deserve the popularity.

The team is among the most professional I have ever encountered and Mashable’s editorial standards are unprecedented in the industry. With over 10 million monthly visitors, 2 million Twitter followers, and millions in revenue, it is no wonder Mashable was named one of the top five blogs on the internet. 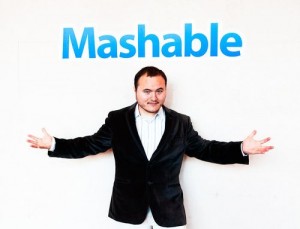 Contrary to other sites that have gained popularity for all sorts of reasons, Mashable is a highly professional and informative website visited by millions of people worldwide. Ben Parr plays a central role in the editorial side of the site and having known Ben for some time (albeit only in an online format, we have yet to meet face to face), he too deserves this important role. 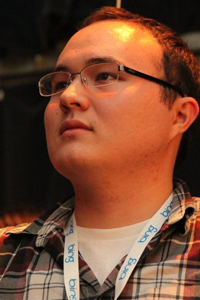 Ben is a true professional and no matter what time of day or night it is, he is always online working. He is living proof that hard work pays off. Ben is also a Sci-Fi author having recently finished his first novel, Desel. As you will read in the following interview, Ben is so much more than the Editor of Mashable and he dabbles in so many different fields and industries. It is this vast knowledge and experience that has made him one of the more influential and respected personalities in the online and tech spaces.

1.Who is Ben Parr? Please give us a little background about your personal and professional background and how it led to your current position at Mashable.

I’m not a journalist by vocation.  At Northwestern, I majored in Science in Human Culture, where I studied the impact of science on history, medicine, engineering, and literature.  I trained as an entrepreneur.  My first job out of college was as a product/project manager for a Facebook application startup, then as a product/content manager for a web health website.

I got into Mashable because I was interested in technology and am a decent writer, thanks to writing a novel throughout most of college.  Mashable accepted me in the guest writer program and I excelled, which led to them hiring me as an Associate Editor before I was promoted to Co-Editor.

As for who I am personally, my Twitter bio says it all.  I’m an entrepreneur, journalist, adrenaline junkie and aspiring world changer. 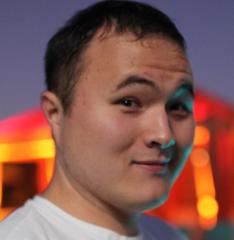 2. Mashable, as we all know, started out a small blog and has become a true Web empire. What can we expect to see from Mashable in the coming years?

Mashable has grown from a staff of under ten when I joined to 40 full-time employees in editorial, business and development.  Now we’re entering a new growth phase focused on turning Mashable into a mainstream publication that covers what’s happening in the digital world and beyond.  You’re going to see stronger journalism, more original stories, a wider array of content and a lot of new faces.

3. What would you say to those people who say social media is a fad and Twitter is a waste of time? Will social media in its current form be around in ten years?

They’re right: social media is a fad, just like the telegraph, telephone, fax machine, e-mail and text message were fads.  Each of them changed the way we communicate until a new technology either replaced it or it evolved into something completely new.  You could argue the telegraph is one of the earliest forms of “text messaging,” while the telephone has gone wireless.

In the end, social media is an evolution of how we communicate.  You can’t say communication is a fad, now can you? What will happen though is that the hype around social media will die down and it’ll just become a normal, everyday part of our lives. We don’t have conferences for e-mail anymore, but it’s still just as important as ever. 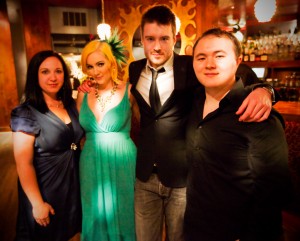 4. There are many rumors about the competition between tech blogs on the Web specifically Mashable and TechCrunch, can you tell us a little bit about your relationship if there is one?

I’m asked all the time about the relationship between Mashable and other online technology publications.  In general, we have very good and open relationships with all of our “competitors.”  We’re a positive organization and don’t have a beef with anyone. Our partnerships with CNN, Yahoo News and others provide just a glimpse of what can happen when great media organizations collaborate.

With that said, we could definitely improve our relationship with certain publications.  I want them to know that the door is always open for a healthy and open conversation.

5. As a guest blogger on Mashable, I know first hand that the editorial side of the site is extremely professional and strict. Is this something that is emphasized at Mashable and if so, why?

I would say that Mashable’s editorial process is well organized.  We have a specific process for guest authors, and we have a dedicated team that covers news.  We want to publish the highest quality and most accurate content possible, so we make sure an editor touches every post.  The process has vastly improved the quality of our content and the result has been accelerating growth. 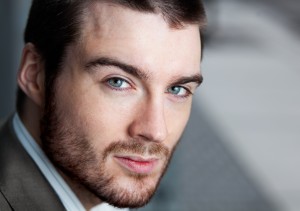 6. Let’s get a little geeky. What is your opinion on Apple vs Google in the mobile space? Yes, open vs closed, but what are your thoughts on the matter and who will come out on top?

I wrote about this very subject in an opinion piece last year, and I still stand by what I said then. Google vs. Apple will be one of the most interesting battles in tech for the next few years.  The competition is healthy for consumers because it results in cheaper and more innovative mobile devices. The open vs. closed debate is a bit of a misnomer anyway: it’s simply two different approaches to mobile.

To say that one will “come out on top” in the end is shortsighted.  Both OSes cater to different needs, different providers and often different markets.  There is and will always be room for both Android and iPhone.  As for who will have the larger market share three years from now… that’s anybody’s guess.

7. Security is a major issue on the Web and it was not long ago when we saw a major site network hacked and personal information compromised. What are your thoughts on cloud computing and will this cause a major security threat for users?

This is a graver problem than people realize.  Hackers can easily crack the terrible passwords we use.  How long until that results in a major financial or governmental cyberattack?  One of the proposed solutions, universal sign-in through a system like OAuth or Facebook Connect, is even worse because if your Facebook is hacked, then the hackers have access to your online identity.

What we need is a security system that does not operate on the traditional Username and Password security system nearly every website employs.  I’m actually working on finding and creating a viable solution and will hopefully have something to show later this year. 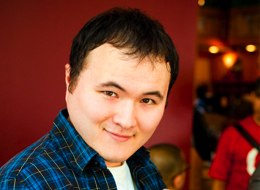 8. There have been some serious acquisitions in the tech world and specifically the blogsphere, can we expect to see Mashable on the long list of blogs that were bought out by huge tech corporations anytime soon?

I can’t comment on acquisition speculation related to Mashable, but I will quote what Pete Cashmore said earlier this year: “We’re not tired in the slightest.  We have the youthful naivety to believe we can go mainstream — and the stamina to achieve it.”
With that said, I do expect more media acquisitions in the next few years as the top end of the journalism industry consolidates.

9. What would you say the advantages are of starting a blog? Who would you recommend start one?

First, let’s be clear: there’s a difference between a personal blog and a news blog. I think everyone should have a personal blog because it’s a place where you can express yourself, build up your reputation and practice your writing and communication.  A news blog though takes a lot of work and shouldn’t be taken lightly.  You need to know what niche you’re targeting and have a game plan for growth before you jump into that.  You need to absolutely love writing at random times of the night to even try it.
As for me, I probably will never start a news blog.  I’m interesting in a lot of other entrepreneurial problems. 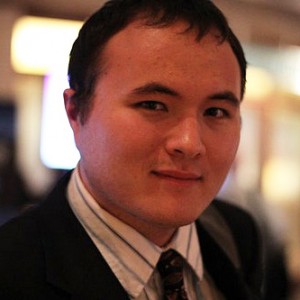 10. In your role at Mashable, you deal with a lot of entrepreneurs, what would you say are three golden rules for someone starting out in the tech space whether in a startup or just a blog?

1.  Get some technical experience. You don’t need to be able to build the next Facebook, but you need to understand the code and what it can do.

Just want to thank Ben for this interview. Despite his insanely busy schedule, when I asked him for this interview via a DM on Twitter, his response came immediately and lucky for us, it was a positive one. You can follow him on Twitter here and if you want to reach out to me, you know where to find me.

5 thoughts on “An Interview with Ben Parr, Co-Editor of Mashable on Entrepreneurship, TechCrunch, and Getting Bought out”