As I spend more time on the social Web, some enlightening facts become apparent daily. For example, I know I hang out on Twitter and Google+ way too much, but most normal people do not. I know, it is hard to believe, but some people have lives outside of Twitter and Google+. What that means is that when I share a blog post I wrote, a cute picture, or any other type of content on Twitter, Facebook, Google+, or any other platform, there are going to be many people who do not see that content.

These people are either in another time zone, doing something way more important than reading my tweets or scanning Facebook, or who knows, maybe they have completely lost it and totally disconnected for some quality family time. I know, that is just nuts.

What that means for someone who is trying to distribute their content as widely as possible, is that the only way to achieve that is to post things more than once. I realize that for the people who ARE online most of the day, this can be annoying, seeing the same article appear in the feed more than once. A possible solution is using different texts when linking to the article.

If you are a blogger or just anyone trying to get the word out about something, tweeting or sharing it once will generally have very limited reach. By definition, because of the different time zones, many members of your audience will not see that post, unless of course, they start backtracking when they wake to see what they missed. Here is a little secret, most people don’t do that and if they missed it the first time around, they will never see it. 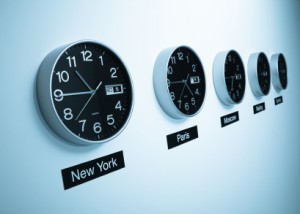 Taking it one step further, due to the nature of these social platforms, your audience today won’t necessarily be your audience tomorrow. What I mean is that new people follow, circle, friend, and connect every day. Just because I shared a picture six months ago on Facebook does not automatically ban that picture from ever appearing in my feed again.

Having said all that, this whole “sharing the same article or picture multiple times” thing requires moderation and creativity. Sharing the same post five times throughout a 24 hour time period is obviously overboard. I think two times is totally fine with seven or so hours in between each one. If the post is important to you, and you really want to get as many eyeballs on it as possible, three postings is not the end of the world. Again, just my opinion.

Also, if you are sharing a photo, I try not to post the same picture more than once every few months, and even for that I get slack. 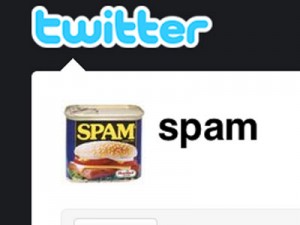 Here is the bottom line. When you see someone sharing their blog post more than once throughout a day, don’t think of it as spamming and annoying you. Think of it as “This person just contributed something by creating a post, sharing a picture, or just passing along good content. No reason they should not spread the wealth to as many people as possible”.

The reason I am writing this post is because I intend on sending it to people every time someone comments on a funny picture that I share “This is so old. You posted this five months ago”. To that person, take a look at how many retweets, +1’s, or Facebook Shares the picture got and understand that obviously, many other people enjoyed it and never saw it before. No need to comment on the picture if you have seen it, just move on.