I know what you’re thinking, “Learn from BlackBerry? Who said it will succeed? Why is BlackBerry in a place to teach anyone anything?” Good question. I thought you’d never ask. 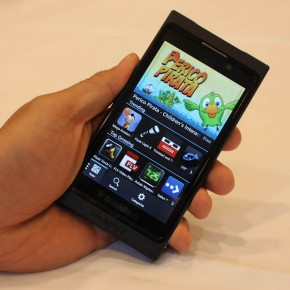 OK, so as you know, BlackBerry launched what it hopes will be the vehicle the company rides on its way to comeback land, BlackBerry 10. Will it really save the company? Who knows? What I do know is that initial reactions to the phone and platform have been positive and based on analysts watching closely, so far, it has been adopted nicely as well.

So as far as the launch goes, not the success of the platform, Microsoft and by extension, Nokia have a lot to learn. I will explain.

One of the bigger surprises in the launch of BB10, aside from the company’s choice of Creative Director of course, was the fact that the company rebranded from Research In Motion (RIM) to BlackBerry. Some hate it, I think it was the most brilliant thing the company has done in years.

You see, when a company has one product, I see no reason they should separate the name of that product from the name of the brand. BlackBerry users love their devices, right? So why not leverage that loyalty to the brand as a whole? Why confuse users with a name like Research in Motion when everyone knows BlackBerry? Imagine if Facebook would call its site that and call the company something else? That would cause unnecessary confusion and such confusion in the brand causes confusion and frustration in the product. 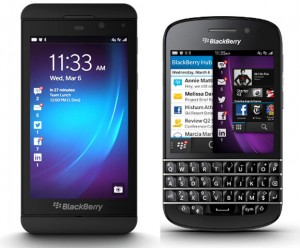 I have spoken to quite a few startups who were debating this exact topic. Should we call our company one thing and our app/product another, or just go with one name? My answer is always “If this is going to be your only product, then why confuse users? If you plan on having other products down the line, then you need an independent name for the company.”

BlackBerry was gutsy enough to change its name, something many companies would never do and I praise them for that….

Now while Microsoft has many products so its mobile platform has to have a different name than the company, I am fairly certain that there are enough smart minds in Redmond that can come up with a better name than Windows Phone! In fact, pretty much anything they choose will be better than that name. So while it might be a risky move, if BlackBerry can pull it off, so can you, Microsoft. Get on it.

This is a loaded topic with Apple on the one side and Google on the other. Focus on one or two products or spread your wings and offer any possible option in the hopes that that product will find an owner. Samsung is of course on Google’s side, ie make mobile devices in every possible size so people can use them while sitting in the back seat of their self driving car wearing Google Glass. But, wait, isn’t Google a search/advertising company? What’s with the cars and the glasses? Yea, exactly.

BlackBerry took a good look at its core audience now and what it hopes will be its user base in a year from now. iPhone and Android users love their big touch screens and think of hardware keyboards as somewhat primitive. For those folks, BlackBerry has the Z10. 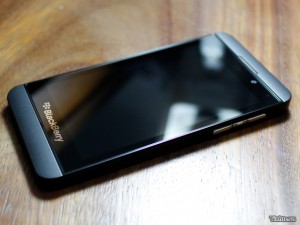 Well Samsung will tell you that creating a phone in every shape, size, and color is the way to go. But you know what? Samsung can afford to do that, Microsoft and Nokia cannot at this point. Focus, people!

Make one high end Lumia (920) and one lower end one (620). Push those devices with everything you have, then pray. Don’t confuse users with so many devices that when entering a store to buy a phone, feel so overwhelmed that they opt for the simpler option from a certain Cupertino company.

Sigh. I hate to be writing these words, but I guess we all agree that they are necessary. Apps!

BlackBerry could have launched BB10 years ago with no apps and impressive hardware alongside a few nice gestures. They chose not to while they build out their ecosystem (even if it is via an Android emulator…) Smart move!

Microsoft, after years, still has not gotten the developers on board. Yes, there are quite a few apps in the Windows Phone Marketplace, but from where I am sitting, 80% of them are flashlight apps. No, not really, but you know what I mean. 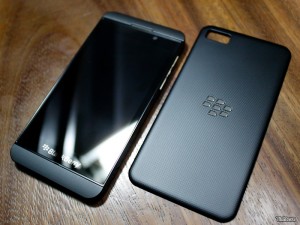 Microsoft has to try harder to get the big boys on board. I have one question for Microsoft. Don’t you own part of Facebook? Doesn’t Facebook own Instagram? I can’t imagine it is too difficult to get Instagram on your platform, yet you haven’t done it. To name one example.

The bottom line? Microsoft has to focus its energy less on getting Nokia and HTC to make yellow phones and more on premium apps that will show off what is up there with the nicest  mobile OSes on the market.

A Product, NOT a Prototype

Once again, BlackBerry could have released a half-baked BB10 years ago but it chose to polish it, polish it some more and then release it. Is it perfect? No, but from what I can tell, any issues with BB10 are by design and not by accident. 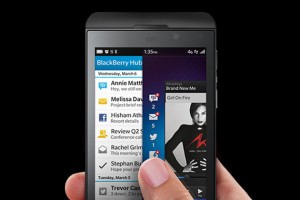 Notifications are just one example but it seems like Microsoft just released its OS with the thought of fixing this “small” missing feature in the next version.

This is true across the board. Windows Phone was always not a complete product. It was always close but it lacked the polish that we are all used to from iOS and  now from BB10.

Microsoft can’t turn back the clock now to release a finished product but what it can do is start cleaning up its mess and get Windows 8 to offer everything we have grown to expect from a mature mobile operating system. I love my Lumia 920, I really do, but no quality apps or notifications, alongside a lack of polish keep driving me into the arms of my iPhone 5.

In conclusion, we don’t know what will be with either platform but I still think BlackBerry pretty much nailed this launch, and for that alone, they deserve the opportunity to make the biggest comeback in the history of mobile.