If I had a dime for every person who said to me “I don’t do Twitter. Why do I need to announce to the world what I am eating or when I go to the bathroom”? Now, I am not sure how or when Twitter got the reputation of being a service for pointless and insignificant status updates, but if anyone deserves that title, it is Facebook. The amount of content, relationships, and engagement I have gathered on Twitter over the years, or even on a daily basis, is absolutely unprecedented anywhere else on or off the Web. 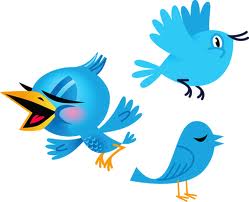 Now, I will admit, a person just joining Twitter might become a little overwhelmed with all the @, #, and abbreviations (RT, DM, etc), and I have written a pretty comprehensive guide called Everything you Need to Know about Twitter and Tweeting. Having said that, I think Twitter and possibly the social web in general can be summed up in one short sentence. “Act on Twitter like you would act in real life”. Or more precisely “Do not do on Twitter what you would not do in real life”.

Of course, that is the fundamental principle, but you still need to learn how to use the tools and get to know the lingo, but if you let this rule be your guiding light in your journey on the social Web, I can promise you that you will be ok.

I have seen this happen time and time again. Someone hears some ridiculously outrageous story about Twitter and decides to join. They then spend the next few months spamming celebrities on Twitter with the hope that they will get a response. Well, if that is what you are after, there are better ways to get the attention of some top dogs on Twitter. If, however, you understand that Twitter can serve you loyally as much more than a service in which you can talk to your favorite actor, and you care to invest your time building up your network organically, start by thinking how you act in real life when engaging people. 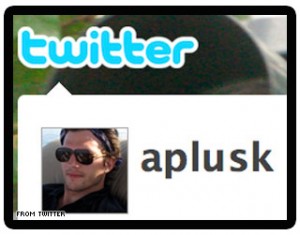 Here are five examples of behavior you would see in real life and should definitely be adopting when engaging on Twitter or any other social network:

Which one of us has not been stuck in an awkward situation in which you wanted to introduce someone you are talking to but you did not know their name? One of the things we do subconsciously when talking to someone in real life is we try to find out as much information as we can before and during the encounter. A name is just the first thing. Yet, somehow, on Twitter, people overlook this point and that is unfortunate. 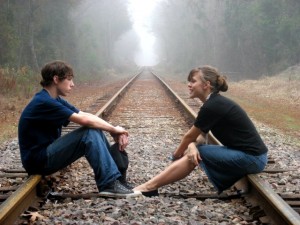 Before talking to someone, and I realize this might not be scaleable if you talk to hundreds of people every day like I do, take a look at their bio. What is their real name? Where do they live? What do they do? Not only is this a courteous thing to do, but it will surely help you in your online dialog with that person. Address someone with their real name and you will increase the chances of getting a reply by tens of percentages. Talk to them about their interests, their occupation, the place in which they are residing, or anything else they chose to share in their profile, or as some would call it in real life, be nice!

2: Give People a Reason to Talk to You!

You know those people who just stand there when you and a few of your friends are having a conversation? How annoying are they? Yes, I realize some people are less outgoing than others, but dude, say something! Anything! You have to have an opinion of some sort! The same goes for Twitter. Don’t just be another person in the crowd and hope to achieve results. If I had to choose one single word to summarize how one should conduct themselves on Twitter, it would most definitely be “Value”. 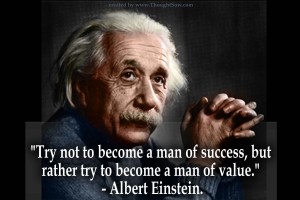 Provide value of some sort. Give people a reason to engage with you. That value can be in the form of answering technical questions, sharing interesting quotes (but also replying to people), writing engaging content, or just telling funny jokes. If you don’t offer value of some sort, you are that person just standing there among the circle of friends and making things kinda awkward.

I have heard several people make the claim that they don’t have anything to share. They don’t have any passions. I refuse to believe that, everyone has something that excites them. If you don’t know what excites you, you need to get out more. No, but seriously, dig deep and discover what interests you and become that person on Twitter.

So far, we addressed personal Twitter accounts, but what about companies or individuals trying to sell something on Twitter? Guess what! The same principle applies. I just came across this Seth Godin post that sums up the art of engagement perfectly. I have often said that the person manning a company’s Twitter account has for all intents and purposes replaced the representative of that company in its retail store. The person tweeting on behalf of a company is the face of that company and should behave accordingly. 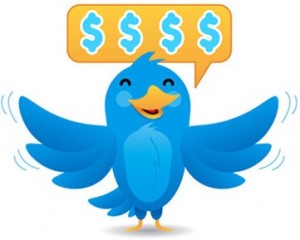 Now imagine this scenario. You walk into a shoe store to possibly make a purchase. The salesman jumps in front of you as you take your first step into the store. He holds up a pair of shoes in front of your face and yells “Buy these”! I don’t know about you, but before I turned right around and walked out of that store, I would ask that salesperson three questions:

A: Do you even know me or what I like? How on earth do you know I would like those shoes?

B: Why the heck are you being so aggressive? Your shoes must not be all that good if you need to sell them so hard!

C: Does this method ever really work for you? How many shoes have you sold this way?

Those are the three questions I want to ask Twitter spammers every time I see one of their tweets. Too bad, most of them are not even human, but are bots put into action by some human who clearly did not know the first thing about human psychology! You want to sell on Twitter? No problem! Start by being human, the rest will follow…

4: Ignoring Someone is Rude!

Yes, I know what some of you are thinking. “I cannot possibly answer everyone who writes me on Twitter”. OK, I’ll bite. I have close to 21k followers, and get over 200 replies a day (on a slow day). I work a full time job and then some, and I, with the exception of bots, spammers, and tweets that do not deserve a response, answer everyone. At least, I try, and the fact that over 80% of my 85k tweets are replies, seems to imply I am on the right track. 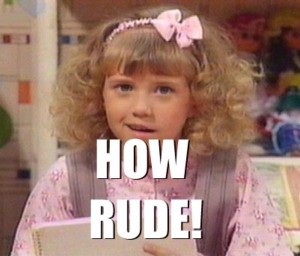 When was the last time a person approached you in real life, asked you a question, and you looked them in the eye and completely ignored them? Now, it is true that Twitter is a little different and people might not be as insulted if you do not reply to them, but if someone directly asks you a question, why not reply? Newsflash: Sending tweets is free and the 140 character limit will ensure you do not waste too much time on a tweet back to that person.

Is replying to every single tweet too difficult for you? Here, I will make it easier. Someone writes you, look at their bio and tweets. Are they for real? Are they decent hard working people? If so, pretty sure you can spare twenty seconds to answer their question, even if you are Kevin Rose (To name someone who I have talked to countless times over the years and never once received a response from).

5: Is This Something You Would Say in a Face to Face Conversation?

Twitter presents many dilemmas on a daily basis, I wrote about them here. One of the main questions (number 4 on the list) many people on Twitter struggle with, is how much to share. How much information is too much information or in today’s language “TMI”.

In my humble opinion, a good way to measure whether something is appropriate to share is, would you share it with someone you were talking to in real life? Well, that depends who the person is, right? OK, I’ll play that game. While some of your Twitter followers might already know you if they are following for a long time, others might be reading this tweet and forming their impression of you based on its content. In fact, let’s not forget that tweets are public and tomorrow your boss, mother, wife, etc might decide to see what kind of information you are sharing on Twitter.

So, allow me to rephrase my original “rule”. Would you share this information with a stranger who you are meeting for the first time with the knowledge that this will forever be their first impression of you? No? Then you might want to think twice about sharing it on Twitter. This applies to sharing content of a political, explicit, offensive, or private nature. It is your Twitter account and you can do with it as you wish, but just remember, on the Web, our reputation is all we have.

That is all, folks. Those are five ways in which Twitter imitates real life and the post is long enough so I listed five, not ten or twenty. But trust me when I say, I could have gone on forever. Almost anything you do or don’t do on Twitter or the Web, has an equivalent act in real life.