Seeing someone join Twitter and watching them make the same mistakes so many others have made is often painful. I am referring to spamming celebrities in the hopes that they will get a response (and more followers, as a result). I am talking about misusing hashtags on every word in the tweet, in the hope to show up in people’s searches (and get more followers, as a result). And those are just two of the many things you see new Twitter users doing. 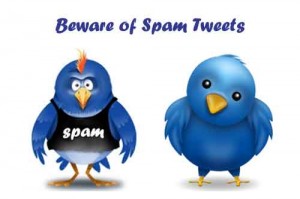 That is why I find myself sending people this guide at least once a day. It is a lot of reading but it covers all topics pertaining to Twitter and people seem to like it.

Having said that, I think there is one basic rule, which if followed, will give the same result as reading that guide and learning the ropes over an extended period of time. Before I get to that “rule”, let me just say one more thing. There are no real rules to Twitter, but there are definite behavioral norms, and more importantly, there are things that have proven themselves as effective methods of building an engaged network, and there are things that have proven themselves as the opposite.

So what is this “rule” I speak of? In one very simple sentence, it is “Remember who you are talking to on Twitter”. Now let me explain.

Yes, if you are strangely fortunate enough to get a response on Twitter from people like Alyssa Milano, you might get yourself a few new followers. However, in the process of “spamming” celebrities on Twitter, you are also doing something else. You are annoying your followers. Think about it. In the hopes of getting new followers, you are basically telling the people who already put their confidence in you and followed you, that they are less important to you than your hopes to get more followers. 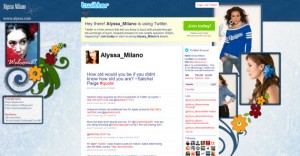 The same thing is true for overusing hashtags. OK, you might hijack some search, but you will also annoy your users who follow you in order to get quality content and not see a # before every single word. If you are on Twitter for a long time, you know exactly what I am talking about.

The bottom line is this. When tweeting, offer value, content and speak to your audience. Be yourself, not the person you think new followers will want you to be. If you do that, the followers will come but more importantly, the followers that come will be more engaged and authentic, not people who just followed you in the hopes that you will follow back. It’s a never-ending cycle and one you should not enter.