I guess it was inevitable that I was going to write a post about the new hot social network by the search giant, Google+. You already saw the guest post about why Google+ is great from a non-geeky perspective, but here is why I love it and believe you will end up there, whether you like it or not.

For starters, I will say that I have been using Google+ from the first day it launched. If you follow me on Twitter, you probably know that my initial reaction was not very different than the reaction of many others, “Google copied Facebook, why should I  use this platform?” That lasted for an hour or two, until I got passed the visual similarities between Facebook and Google+ and started to really use the new platform. Then I fell in love.

Have I stopped using Twitter? No, and chances are, I never will. Facebook? My time on site has decreased significantly and that time is now spent on Google+. Here is why.

One of the things I have said many times about Twitter and the main reason I love the service so much is because it doesn’t really matter what your profession or goals are, Twitter will facilitate them. If you are in PR, Twitter is a powerhouse. If you want to network, well that is a no-brainer. If you want to drive traffic to your site, Twitter is almost unparalleled. And the list goes on.

Google+ is the same story but one ups Twitter on many fronts. So much has been said about Google+ and its unique advantages, so I am going to try to avoid repeating everything you have read already.

If I had to name one reason I believe Google+ will absolutely explode in popularity, it is the integration that it offers with Google’s suite of products. I am sure Google will add more services such as Google Docs, Tasks, and many others, but for now, users do not have to separate their day to day services like email from their social media activity like they did with Facebook. Facebook tried to solve this with Facebook Messages, but we all know how well that went for them. 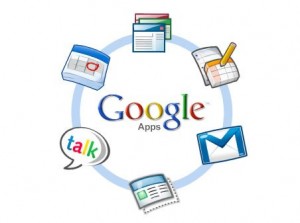 When I asked on the various platforms why people thought Google+ would succeed, the vast majority of the answers I got were regarding the deep integration of Google services within Google+. On that front, no one, not Facebook or Twitter, can compete with Google. Google has some work ahead to bring Google+ to mobile the way it should be, but as it stands, the platform has a bright future.

The truth is, when I come to write a blog post, I formulate my thoughts, write them down, and often try to find pictures or videos that support my theory. In this case, the opposite was true and the idea for this post came from watching the video below, which was made by Epipheo and pretty much cleared up the question of why Google+ over Twitter or Facebook?

Google has gone on record many times saying the company is trying to help people socialize on the Web like they do in real life. Twitter does not do this because who talks in 140 characters or has a hyperlink attached to every sentence they say in real life? Facebook also does not do this because, as the video states, the people you call your friends on Facebook are more often than not, someone you would not even recognize on the street. Circles on the other hand, is the perfect term to describe the natural way of defining the people we interact with.

Now that Google introduced the concept, i don’t know how it was not introduced sooner. You have your different social circles that sometimes overlap, and often share very different interests and even cause you to display very different behavior. What you do or say in front of your family is most likely not what you do or say when you are with your college buddies or work colleagues. So simple, yet so brilliant. 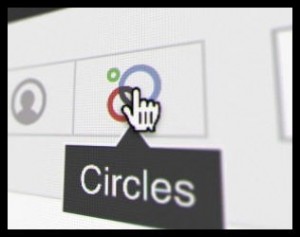 On Google+, for those of you who have been under a rock, you can share different content with different circles and read updates from different circles as well. Yes, Facebook has Lists, but let’s move on and agree that they are a complete failure, since I think it was 5% of Facebook users who actually bother to make Lists. With Google+, it is all so much easier and more intuitive. I think the best word here is “natural”.

As I said, I have not stopped using Twitter, nor has my usage decreased, but I did set up topics of interest in Google+ and have definitely used Sparks to read content throughout the day. Of course, with Sparks, you get much more than a 140 character update with a shortened URL. You can see an excerpt of the content with an accompanying thumbnail, which makes the whole experience of consuming content, that much more interactive and enjoyable.

Hangouts on Google+ is probably the killer feature of the new platform, especially when it makes its way to mobile. If you are not familiar, Hangouts allows you to join a group video chat with up to ten people (Google might increase that number). You can invite people to join your hangout or just post it publicly that you are hanging out, an update that anyone can respond to by jumping into the room.

I have already hung out with tens of Googlers including the Senior Vice President of Google Engineering Vic Gundotra. Why would he waste his time hanging out with me? Because I, along with the other people in the hangout, gave him some seriously useful feedback about bugs, missing features, as well as feature requests. He wrote it all own and left us all with the feeling that Google is taking our feedback very seriously.

On Hangouts, the person who is talking gets the focus and everyone else sees that person’s face. It gets kinda awkward when people are interrupted mid sentence and the picture keeps changing from person to person. It can also get awkward when there is silence in a Hangout, which again, kinda reminds me of the awkward silence we sometimes experience in real life encounters. Again, Google managed to duplicate real life experiences on the social Web better than anyone before them.

This point is up for debate. I have conducted multiple experiments over the past month and asked the same question on Facebook, Twitter, and Google+. The result was almost always identical. One to two comments on Facebook (over 1,500 friends), five to ten replies on Twitter (close to 20k followers), and over 50 comments on Google+ (close to 4,300 added me to their circles). You do the math.

The engagement level on Google+ is absolutely unprecedented and even has many people complaining about the noise. Of course, there are countless Chrome extensions to collapse comments, and organize threads, but the fact of the matter is, Google+ has a whole lot more action than its competitors.

Now, yes, I know what you’re thinking. It is new and people are excited. That could be, but if I am judging by the platform’s insane growth (over 20 million users in less than a month), the follower count growth people are reporting (more Google+ “followers” in a month than Twitter followers in three years), and the responsiveness people are experiencing on Google+, I do believe the level of engagement will only grow, while the other’s will shrink. It is happening on Facebook already now. 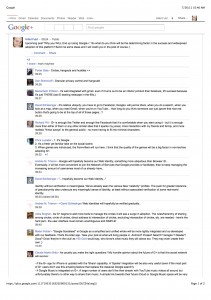 Just a fraction of a Google+ thread...

I have so much more to say about Google+ and its expected dominance, but I will sum up (because people are seriously sick of my long rants) and say that you and all your friends WILL end up using Google+. You don’t believe me? Think about the reaction you had to the following services, then think about how many of them you are on today: Facebook, Foursquare, Twitter, Gmail, Google Docs, iTunes.

These are just a few examples of services many people said they would never use, but due to clear advantages, their audiences have and continue to grow at a seriously increased pace. The same will be true for Google+ mainly because, like I said, it truly replicates real life experiences, offers deep integration with Google services such as Chat, Search, Video, RSS, Photos, and of course, Email.

Now, watch the video that says everything I said in two and a half minutes.

I know some of the stuff I said above will spark some controversy, and if it didn’t, you did not read it carefully enough. So let me know how wrong I am in the comments or reach out to me on Twitter, I would love to know how dumb you think I am. I am @hilzfuld.

30 thoughts on “Why You WILL End up Using Google+”