One of the big questions on the minds of new Twitter users is “How do I find people to follow?” The question is pretty simple and straight forward, the answer a little less. In reality, there are many resources available to find interesting people to follow on Twitter. These include online directories, such as Wefollow, Twitter lists, people your friends follow, and many more. 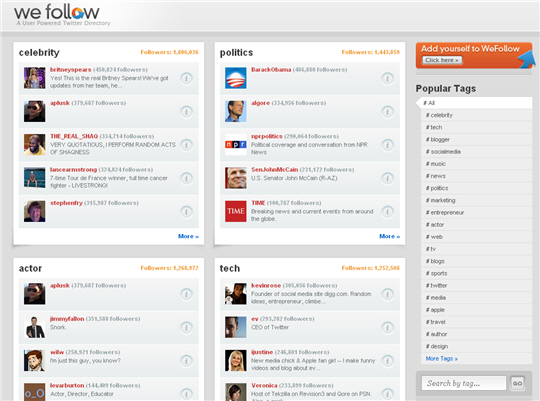 There used to be one more way to find interesting people to follow, but Twitter changed one little rule in the way people communicate on Twitter, and that changed everything. Most people would agree that if someone you like or find interesting, regularly communicates with someone, chances are you would find that someone to be interesting as well. Of course, this is not always the case, and if you share one interest with a person, that does not necessarily mean you will share all of their interests. So, to give an example, I am a huge tech fan, and most of my tweets are about technology, however, I regularly communicate with people about other topics including TV, movies, politics, and others. So, you might very well be interesting in my tech tweets, but not find those people I talk to about politics to be even remotely interesting to you.

Putting that aside for a second, you used to be able to see who your Twitter friends are talking to, and follow those people easily. This provided yet another easy and efficient way of finding people who interest you. Twitter, approximately 6 months ago, changed that. They claimed it was causing too much noise in the online conversation when you would see replies to people who you do not follow. They explained that if you could not follow both sides of the conversation, following one side was pointless and disruptive.  They do have a point, but at the end of the day, if a conversation does not interest me, I can ignore it. 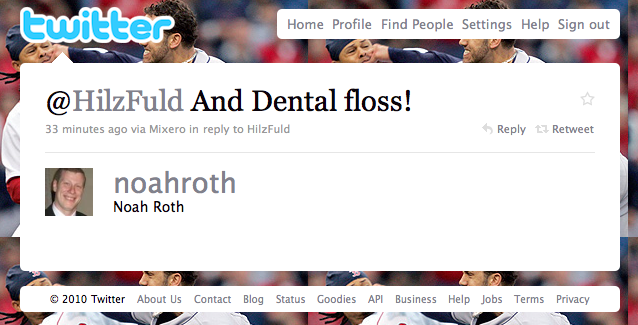 No Way To Know Context Unless You Follow Both Sides

According to the new Twitter rule, if someone you are following replies to someone else, you will not see that reply unless you follow both sides. This indeed cleans up the Twitter stream a lot, but it also eliminates that useful ability to find new people. This also creates a certain limitation in the way people tweet, but based on my experience, most people do not even know about this.

If you start a tweet with @, only the people that follow you and the person you just mentioned will see that tweet. Let me give you a concrete example of something I have seen happen very often. Let’s say you want to recommend someone for a Follow Friday. If you do not know what that is, read this, but basically, every Friday, people recommend other people who they enjoy following. Now, if you are recommending someone, I think it is safe to assume that the most important people to see that tweet, are the people who are not yet following that person. However, if you start the tweet with “@Hilzfuld is a great follow because…”, only the people already following me will see that tweet. Now, that is kinda pointless, don’t ya think? 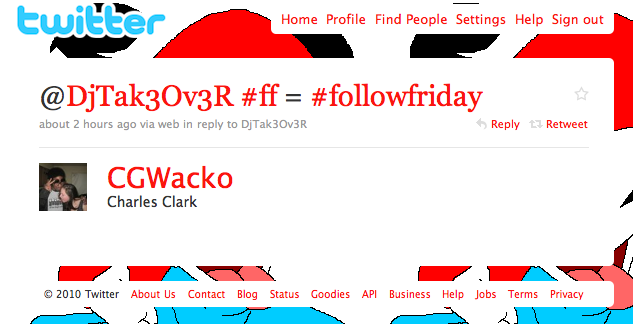 There are many solutions to this limitation. Some people start their tweets with a period before the @. This makes the tweet into a regular update as opposed to a reply to that person. I personally think that might confuse people who do not understand why there is a period in the beginning of your tweets. The best solution is to simply rephrase the tweet so it does not start with a @. For example, instead of writing “@Hilzfuld is a great follow because…”, you can write “You should follow @Hilzfuld because…” The message is the same but the latter will be seen by all your followers, and the former, only by people already following me. Check out the example in the below screen shot. 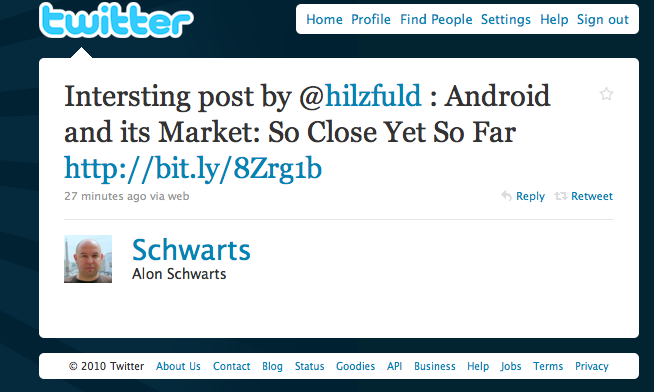 I have noticed that even major influencers on Twitter, some with over 100,000 followers are unaware of this limitation and often reference someone in a tweet that starts with a @. They do not understand that this tweet will not be seen by most of their followers.

In conclusion, I will just say that Twitter as a service is constantly evolving, and if you do not pay close attention, you might end up missing the boat, which will cost you with some serious mistakes in the way you use Twitter. Yes, I have heard people say there is no right and wrong way to tweet, and that might be true, but that does not change the fact that certain Twitter practices are just more effective and efficient than others. 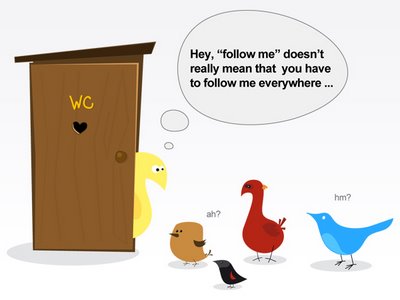 Did you know about this Twitter limitation or is this news to you? Do you know of any other good tips most people missed? Please let us know in the comments.