Ever since the beginning of time, (or at least the beginning of Twitter, but who remembers a world before Twitter anyway?), the big question that has occupied Twitter users around the globe is, how to decide who to follow on Twitter. There used to be a pretty solid way to find new people, but then Twitter canned it. There are of course countless directories online for the Twitter community, but I have never found any of them to be too interesting or relevant. Well, except this list of of the first 99 people to follow. 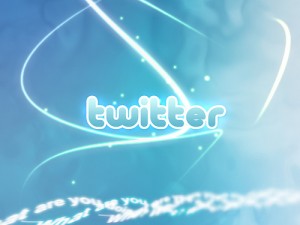 Putting aside the “finding new people to follow” question, what happens when someone follows you? Do you follow back? What influences your decision whether to follow back or delete the email? Speaking of emails, my personal Twitter experience changed drastically this past week and not in a good way. Since my first month on Twitter, I have been using a fantastic service called Topify to notify me of new followers. The service was created by a good friend Arik Fraimovich, but he recently canceled it to protest Twitter’s poor treatment of its developers. You can read about Topify here and why he closed it down here. Arik, please bring Topify back and as John Biggs and I both told you on Twitter, feel free to charge for the service, we would both happily pay. Happy to hear you are considering it.

Speaking of awesome services pertaining to Twitter and the question of following back, here is some breaking news for you. A friend is unveiling (more like I am unveiling, right now) a new site called twtrland that will give you any and all important information needed to make the decision of whether to follow back. You HAVE to see this site, it is all you will ever need to make that decision. Bookmark it now, thank me later. You can see my profile on twtrland here.

As for the question at hand, I can only speak for myself and the way I decide whether to follow back. I have also done a little crowd sourcing and got some super interesting answers like this, this, and this. The way I decide who to follow in a vast majority of cases is this. OK, enough clicking for now… The following are five parameters by which I decide whether to follow a person back once they follow me. I have to say, making this decision with Topify that showed me every single one of these parameters right in the follow email notification, was a whole lot easier.

Here goes and yes, they are in order of importance:

The first thing I look at when I get an email that a person is following me is, how many of the person’s last ten tweets were replies? None? Hello Delete button. I am the last person on earth to claim that numbers count on social media, they don’t, with the exception of a few things. Speaking of twtrland, take a look at the screen shot below, that is the segmentation of my tweets and I am most proud of the reply percentage seen in orange…

So why is this so important to me? Because a person who replies and engages on Twitter is a human being, and a person who mainly broadcasts might as well be a robot. I have many websites that I read regularly in addition to RSS feeds, the last thing I need is to follow a person on Twitter that only broadcasts to the world and does not listen.

As Gary Vaynerchuk puts it, the most important body parts of a true leader are his/her ears. There are no rules as to what the ratio should be, but if you ask me, for every one tweet you send, reply to at least two people. I have done that for years and it has gone pretty well for me.

When a friend joins Twitter, the first thing I tell them is to write a bio. Besides the difficulty in summing yourself up in 160 characters, creating a bio that describes who you are, what you do, why I should care, with a touch of humor/wit is a seriously challenging thing to do, especially with the character limit.

Having said that, one of the challenges of Twitter is getting the message across within the constraints of 140 characters, and not losing the reader in the process (over abbreviating or using unclear shortcuts). Your Twitter bio tells the person visiting your profile who you are. If the bio does not pull them in, the assumption is that your tweets won’t either. It is your face to the world and it should represent every side of you.

I would definitely recommend including the basics like what you do and what you like, but the small little addition that adds a touch of humor is, in my opinion, the most important part of the bio. I definitely recommend putting some serious thought into your Twitter bio if you are going to take your tweeting seriously.

More important than choosing what picture to use, is deciding that you must have a picture. A Twitter account without a picture is just that, a Twitter account, not a person. The entire purpose of your profile on Twitter including everything in this list is to show people that you are human and interesting. I will never understand people that do not add a photo to their Twitter profile. I mean I can relate to not posting a picture on Linkedin, but Twitter?

As for the type of photo, this is up for debate, but if you ask me, you have two choices. You can either add a picture of you preferably something somewhat flattering, or you can have a picture that will make people laugh. See this tweet and the bio picture above. I followed cris immediately.

So once the person passes the replies test, the bio test, and the picture test, I get down to the stuff that counts. Who is this person? What are their interests? What content do they offer? Do they provide any value? How do I determine this? I look at their bio and description of themselves, I look at their tweets, and I also click on the link in their profile. If you do not have a link there, I would add one. Don’t have a blog? Add an About.me page. Not into it? Make a basic blog, possibly Tumblr. No? Linkedin? Flickr? Google profile? I can go on for hours. The point is you should link to somewhere where the person can see more about you.

If the person’s interests are even slightly aligned with mine, and by that I mean, they like tech, food, people, social media, mobile, or many other interests I have, I generally follow back. If, however, the person’s profile is so specific and reflects their love of their small town, their religion, or even one specific cause, no matter how important it might be, I don’t find Twitter to be the right platform on which to connect with that person.

If you ask me, your Twitter bio is not the right place to promote a specific cause, it is the place to draw people in and if you want to push your cause later, that is your choice. Again, just my opinion.

Unlike a few years back, today most people online realize follower count is pretty much irrelevant. It is irrelevant when are we talking smaller numbers and it is even irrelevant when are talking millions. See this interesting analysis of Kevin Rose (under two million followers) compared to Ashton Kutcher (over seven million followers). The results of who generated more clicks and sales might surprise you.

Having said that, while the number of followers might not matter, the ratio of how many are following you vs how many you follow does say something about you. Why? If you have millions of followers and you follow one person (to take an extreme case), that means you are not a person I want to follow (in 99% of cases). On the opposite side of the spectrum, if you follow a significantly higher number of people than are following you, to me that means you are trying to hard to get your follower count up, and focusing too little on offering value.

Of course, I am not saying you should unfollow or follow people just so your ratio looks natural and you can get more followers, that would be missing the point. The point is you should naturally be following people that interest you, and be offering enough value that those people, their friends, and others you are not following follow you in return. That would create a normal ratio of followers vs following.

OK, before you attack me, let me clarify one thing. There is NO right and wrong way to use Twitter. Well, that is not entirely true, there are some wrong ways. There are also some right ways. Having said that, everyone uses it for their own purpose and in their own way. The methods I use to decide whether to follow back are my own and I am not saying they are the only way. Of course, almost all the replies I got to my question imply that most people pretty much do the same thing I do, but again, not written in stone.