This is one of the most challenging posts I have ever written. Most people in my circles have been using an iPhone for years. I have not. I stuck with BlackBerry throughout all the different versions of the iPhone because I always found some crucial features missing from the Apple device. If I was going to give up my beloved BlackBerry Bold (not being sarcastic there, I love that phone), it was not going to be for a phone with no copy/paste, a 2 mp camera, or a device with no video capture capabilities.

Then came the iPhone 4. The design was beautiful, the camera and video camera were up to market standards if not exceeding them, the screen was unprecedented, and it was clear to me that it was just a matter of time. That time came a few days ago and after using my very first iPhone, I can safely say I do not regret the decision. The reason I say this post is challenging is because I want to talk about this transition from BlackBerry to iPhone without repeating everything you already know. Yes, the UI is intuitive, the apps are phenomenal, the Web surfing is another league, but the email is not where it needs to be. I want to tell you something you don’t already know and that is not an easy task. 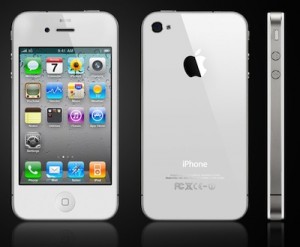 So what can I tell you that you don’t already know? Good question, but I am going to try and cover my initial impressions of the Apple device. Before I go into it, I already foresee the fanboy comments I am going to get and that is OK. Am I a fanboy? Well, if I was, would I have passed on the previous three generations of the iPhone before getting one? Would I have pushed anyone asking my advice to go for a BlackBerry over iPhone for the past four years? I think anyone who knows me or reads my posts knows I choose a mobile device based on needs and not brand. Apple makes superior products. It is true for the iPad, which I own, it is true for the iPod Touch, which I own, but it was not true about previous iPhones in my opinion. Come along the iPhone 4 and that all changes. The phone is a solid combination of superior hardware and unparalleled software. Again, just my opinion.

The following are some of the concerns I had over the years with switching from BlackBerry to iPhone. Some were valid concerns that turned out to be misguided, and others were spot on and still present a problem with every day use on the iPhone 4:

– Push: The BlackBerry combined with what I like to call “Twitter culture” of real time communication transformed me into a person who needs instant gratification when it comes to my communication methods. If you follow me on Twitter (which you totally should if I do say so myself), you know I reply to most questions immediately (unless I am asleep or your question leaves me speechless) and if you have ever emailed me, you know I generally respond almost instantaneously. That is what technology has done to me and I like it that way. The iPhone does not have real push mail in the way that the BlackBerry does and that concerned me a lot. Having used the iPhone for a week now, I would say my concerns  were 90% unwarranted and 10% justified. 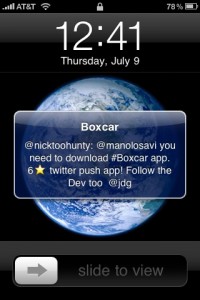 If  Twitter replies is what I want pushed to me, then the iPhone outdoes the BlackBerry any day of the week with a bunch of apps that support that. The main app that enables push notifications for multiple services is Boxcar. You can use a workaround, which I would not recommend to get Boxcar to push your email to you, but Twitter push works seamlessly. I set up my Gmail as Exchange and it comes in faster than I ever imagined and not much slower than the BlackBerry email did. Having said that, my work email, which is Google Apps does not work well when set up as Exchange and so it is not pushed to me immediately, which I have yet to find a solution for.

– Email: Everyone knows that RIM is synonymous with a top notch email experience and so this was one of my major concerns with abandoning the BlackBerry for the iPhone, losing that seamless email integration. Well, the iPhone’s email interface in my opinion is not as good as the BlackBerry’s, but it has one aspect that makes it all worth it and puts a smile on my face every time I think about how bad it was in the olden days with my BlackBerry. I am referring to Gmail support. Yes, I had Gmail configured with BlackBerry too, but it lacked the very basic two way synchronization that IMAP provides Gmail users. From day one of using a BlackBerry, it boggled my mind that when deleting an email from my Web Gmail inbox, the email would remain in the BlackBerry’s inbox. Now, two years later, Gmail and RIM still have not worked this out. I don’t know who is to blame but frankly, I don’t care.

The Gmail/Google Apps support on the iPhone blows the BlackBerry out of the water. The best part is turning on the iPhone at the end of a long work day and not having to delete all the emails I deleted throughout the day. To me, the lack of push, the somewhat less streamlined email experience on the iPhone compared to the BlackBerry is nothing compared to full two way synchronization of my mobile device with my Gmail account. So, to sum up, my concerns over the so called inferior iPhone email experience were put to rest quickly.

– A Toy vs. A Tool: In the ongoing debate over iPhone vs. BlackBerry, who has not heard the argument “The iPhone is a toy and the BlackBerry is a work horse”? I was a little worried about that too since I do get a lot of work done from my mobile device. I can now say with full confidence that this claim is simply false. Anything you can do in terms of workflow using a BlackBerry, you can do on the iPhone, except it is a whole lot easier. I am not even going to go into the whole App Store vs. App World because that is stating the obvious, but the “There is an App for That” campaign really does sum it up. If you have something you want to accomplish on your mobile device, just search the App Store and chances are you will find an app for that. 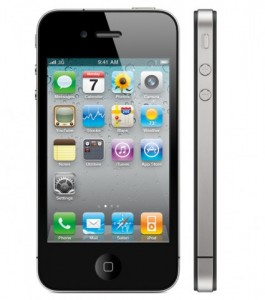 The claim that iPhone is for fun and BlackBerry is for business is simply not true. I have to admit that I was not an enterprise user on BlackBerry and I am not on iPhone, but as far as I can tell, anything you can do on BlackBerry, you can do on iPhone and just as securely. In addition, with the mainstream workflow making its way to the cloud and companies now depending on the Web more than ever before, the iPhone’s Web capabilities compared to that of the BlackBerry pretty much says it all. If you have ever tried to browse the Web on RIM’s browsers (prior to OS 6), you know exactly what I’m talking about.

Those were three of my major concerns with the switch. Now let me talk a little bit about this fabulous device and how it is truly a masterpiece in my opinion. Please do not comment about Apple’s closed policies compared to Android’s, we heard it all already. Yes, the Apple OS is closed and what that means for the end user is a seriously tighter and more intuitive user experience. I can argue that Android is open and therefore more flexible in terms of customization, but that is a topic for another time.

The following are some of the characteristics of the iPhone 4 that have made this phone the most advanced and enjoyable mobile device I have ever used:

I really can go on and on about this phone and I am sure I already earned the title of uber fanboy, so I will stop here and summarize by saying the following. This decision that took me four years of contemplation and fighting off the fanboys who told me I am using a has-been mobile technology was well worth the wait and as far as I can tell, there is nothing complicated about the transition between BlackBerry and iPhone.

Having said that, the instant and customizable email notifications are something I do miss. I have not yet put the new BlackBerry Torch to the test (coming soon) but from what I hear, it is a solid alternative to the iPhone and all its advantages. 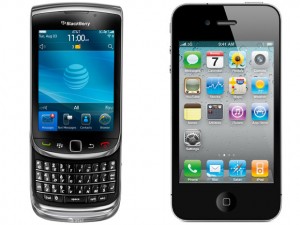 Will I ever go back to BlackBerry? That is a question I am not prepared to take on right now, but as far as I can tell from a solid week of iPhone usage, this is going to be the phone I stick with for the foreseeable future.

Also, in case you were wondering, I have experienced none of the so called proximity or reception issues we have all heard so much about, but then again, I have been using a case from day one, so that might explain it.

OK, let me have it in the comments or reach out to me on Twitter, but please try to keep it professional and relevant to the topic at hand. I know it is hard, but try, despite your passionate hate for all things Apple, to avoid personal attacks. Much appreciated. 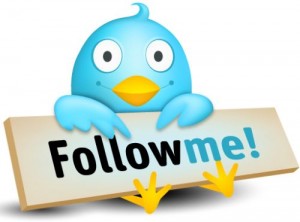